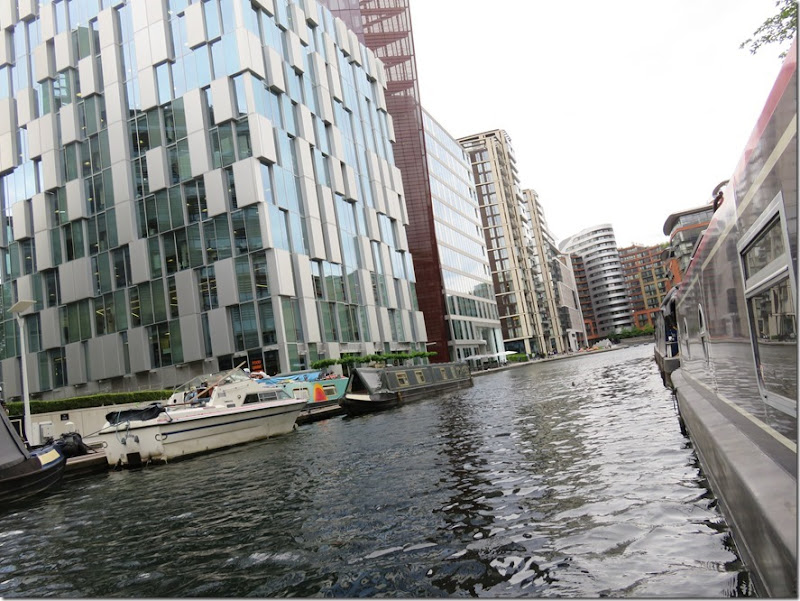 We finally got moored in Paddington basin on the hospital side and as you can see we have a great view out of our front room window. With the apartments in the distance selling for several millions of pounds we are more than happy to be here our little old boat . 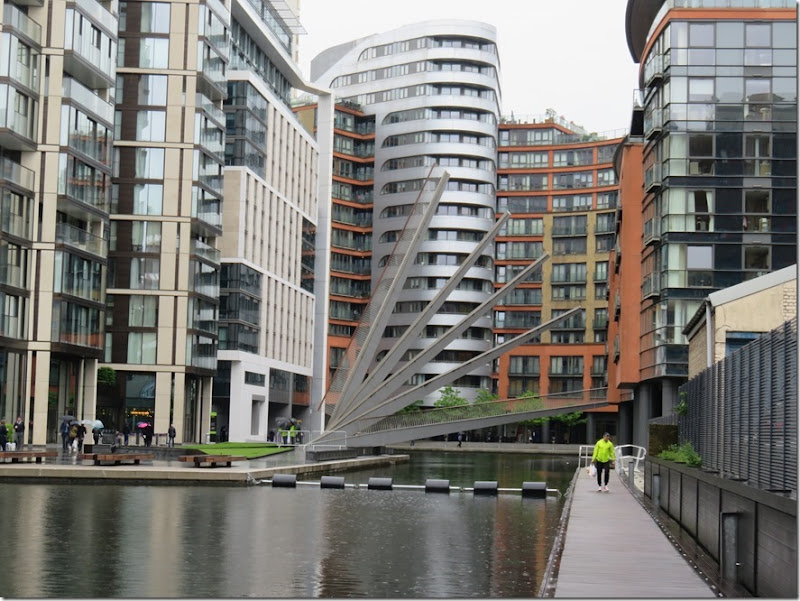 A couple of times a week they lift the fan bridge at the end of the basin. Conceived by Buckinghamshire-based bridge specialists Knight Architects, the three-metre-wide cantilevered moving structure spans 20 metres across the canal and is raised using hydraulic jacks with an action similar to that of a traditional Japanese hand fan.

The deck of Merchant Square footbridge is made of five fabricated steel beams which open in sequence, with the first rising to an angle of 80 degrees; the four subsequent beams rise at lower increments. Shaped counterweights assist the hydraulic mechanism and reduce the energy required to move the structure.

Everything was going fine on this occasion until they tried to lower the bridge . It didn’t matter what they did it would not go down.. 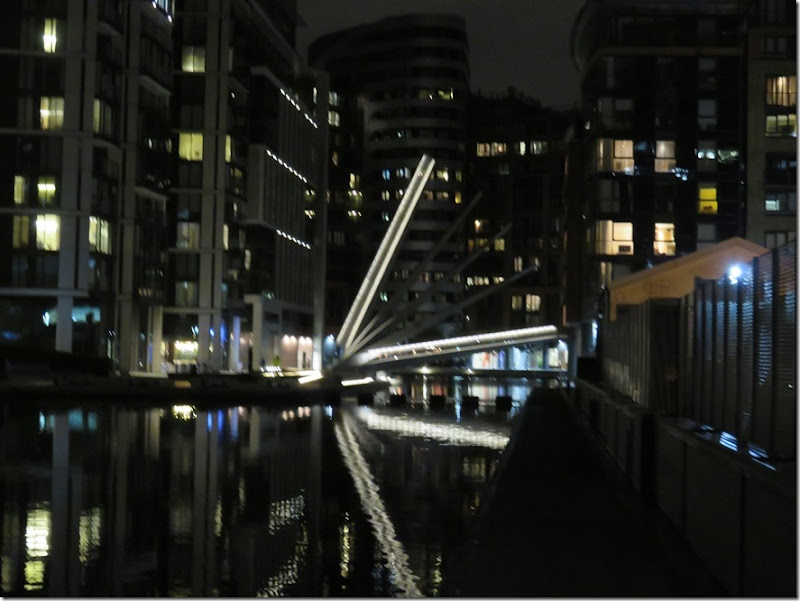 Unfortunately they couldn’t get an engineer out to look at the bridge until the following day ,so it had to stay up all night. The last time this happened a few people decided to climb the bridge in the middle of the night and then jump into the canal. So this time they had security staff guarding the bridge all night. 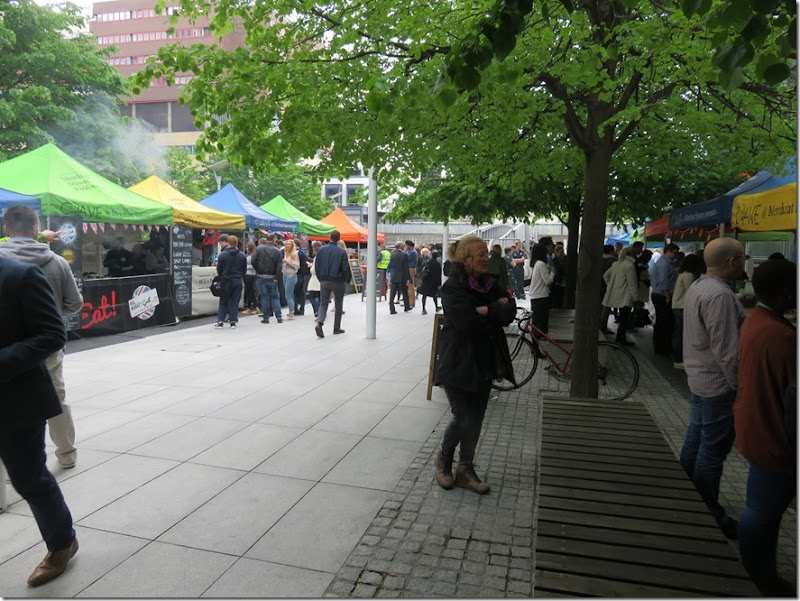 A couple of times a week they have the Crave food market in Merchant square . With lots of different stalls selling all sorts of food from around the World it’s a bit difficult to decide what to have. After having a bite to eat Carolyn was soon on her way down to Oxford Street for a bit of retail therapy, I don’t expect to see her again for the rest of the day. Now then , Where’s my credit card gone…..