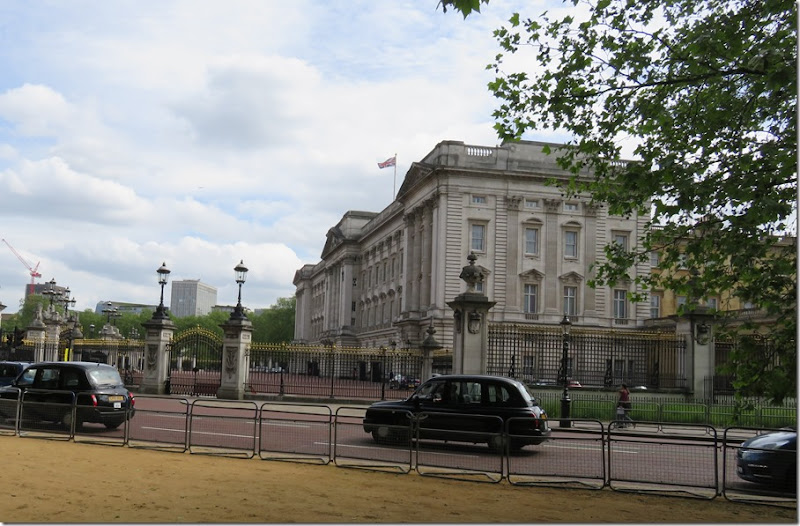 Our next trip out in London was to Buckingham Palace. We have been here before ,but it’s always worth a trip down to see what’s going on. 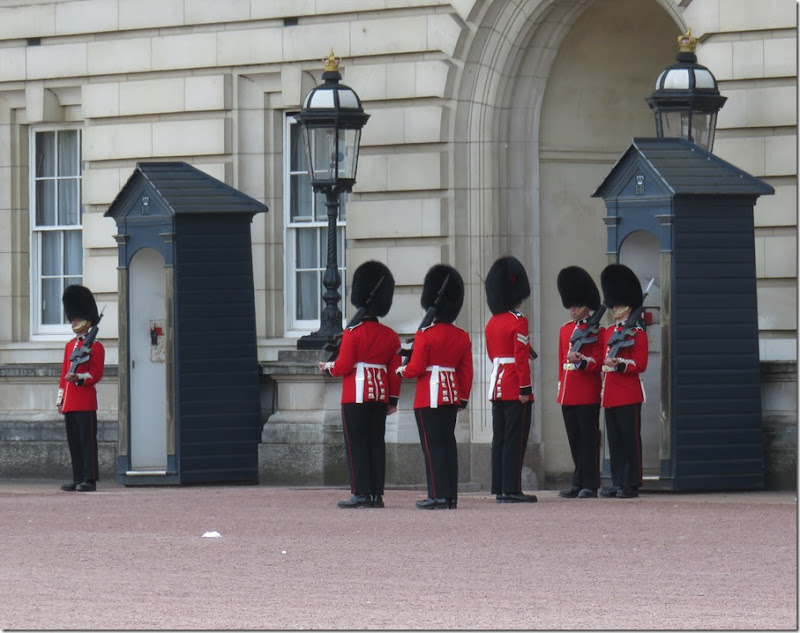 All change as the Guards on sentry duty get replaced by their mates. 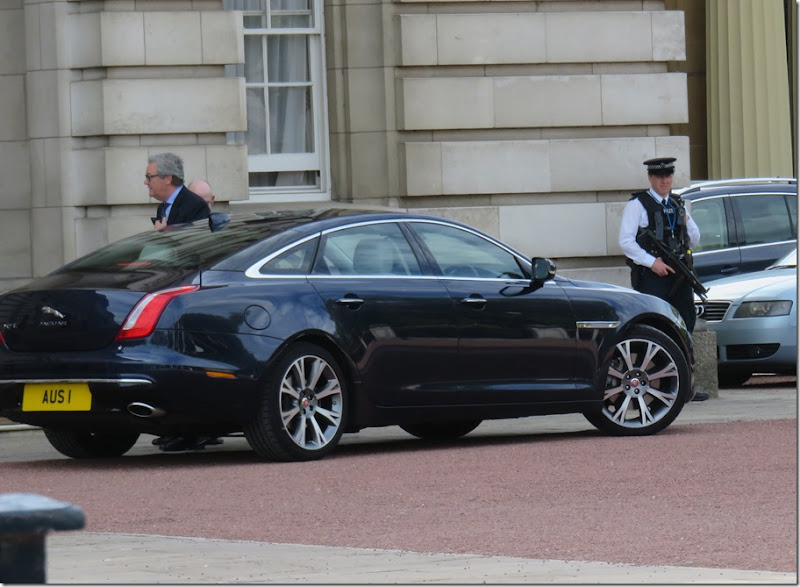 I wonder if any of our Aussie boating friends know who this guy is. He must be someone of importance with that car with the registration number AUS 1 ,and they even put the red carpet out for him. 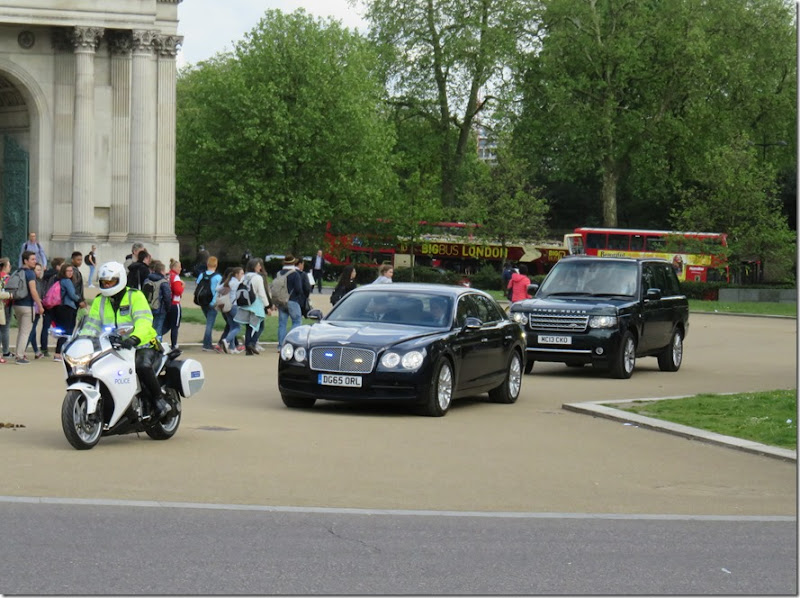 We walked back up Constitution hill and right outside of The Wellington arch at Hyde park corner we heard whistles blowing and turned around to see several Police outriders and these two cars. It’s the first time we have ever heard Police blowing whistles to stop people and traffic. We tried to look through the windows but couldn’t make out who was inside. anyway it was a bit more excitement. 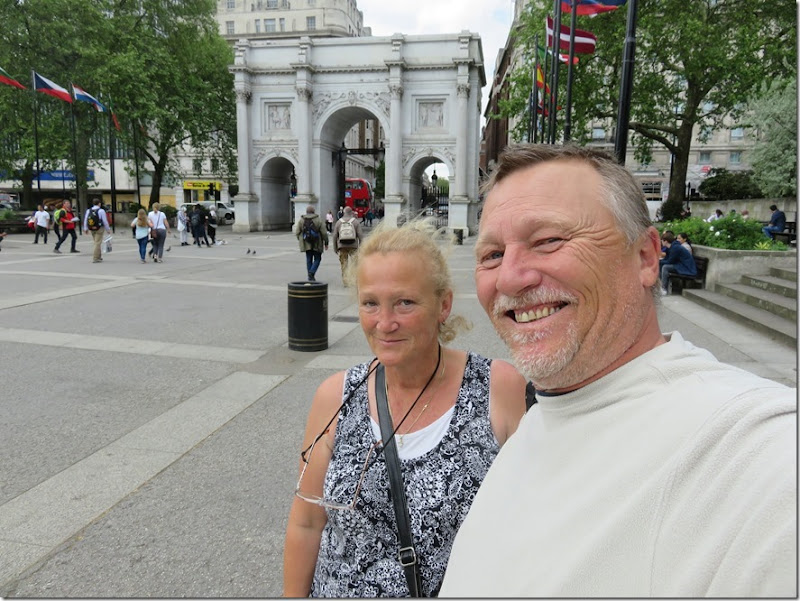 We walked back up through Hyde Park to Marble Arch where we had a sit down and did a bit of people watching . Marble Arch is a 19th-century white marble faced triumphal arch and London landmark. The structure was designed by John Nash in 1827 to be the state entrance to Buckingham Palace; it stood near the site of what is today the three bayed, central projection of the palace containing the well known balcony. In 1851 it was relocated and following the widening of Park Lane in the early 1960s is now sited and isolated on a large traffic island at the junction of Oxford Street, Park Lane, and Edgware Road.

Next to Marble Arch is the site of the Tyburn trees where  Executions took place for almost 600 years, with the first recorded as William Longbeard in 1196 and the last as John Austen in 1783. In between, tens of thousands of highwaymen, robbers, forgers, murderers, traitors and other convicted men and women met their end at Tyburn. At least it’s a bit more peaceful here now, except for all that traffic and the thousands of people. 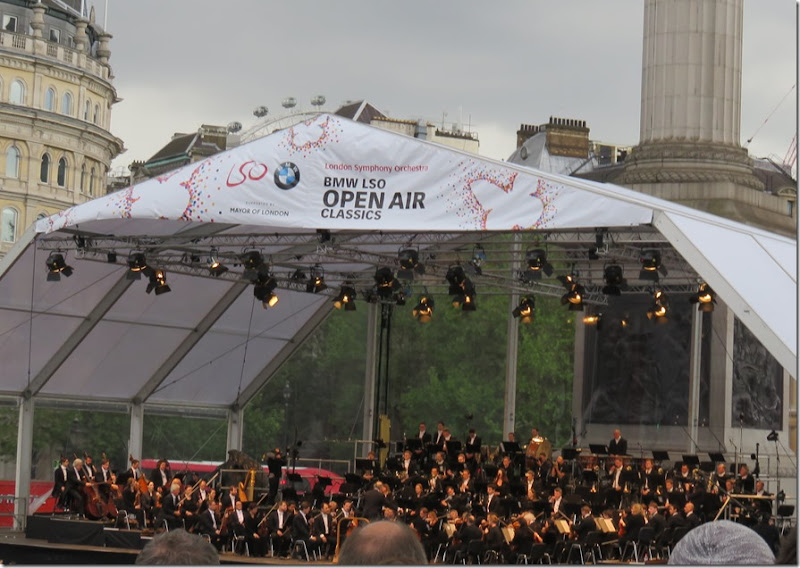 You may remember that I mentioned they were putting up a stage in Trafalgar square when we were there. We found out it was for a concert by The London Symphony Orchestra. They were performing works by Pyotr Tchaikovsky and it was a free event. They performed the 1812 Overture, Swan Lake and Symphony number 4 . They were conducted by Valery Gergiev . 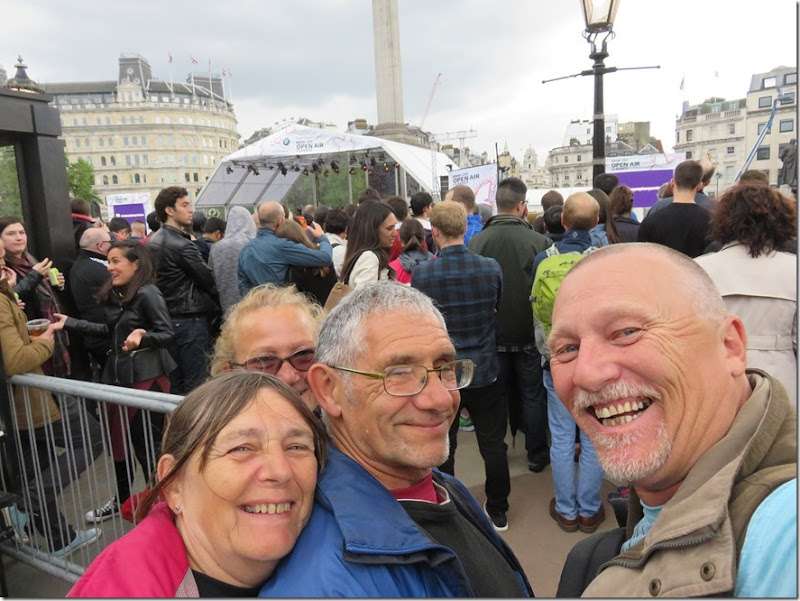 With friends Rich and Sharon we caught the bus down to Trafalgar square where we all enjoyed a good evening of music even though we couldn’t see a lot due to the amount of people there. It was a first for us to go to a concert like this and it was certainly an experiance we wont forget in a hurry.