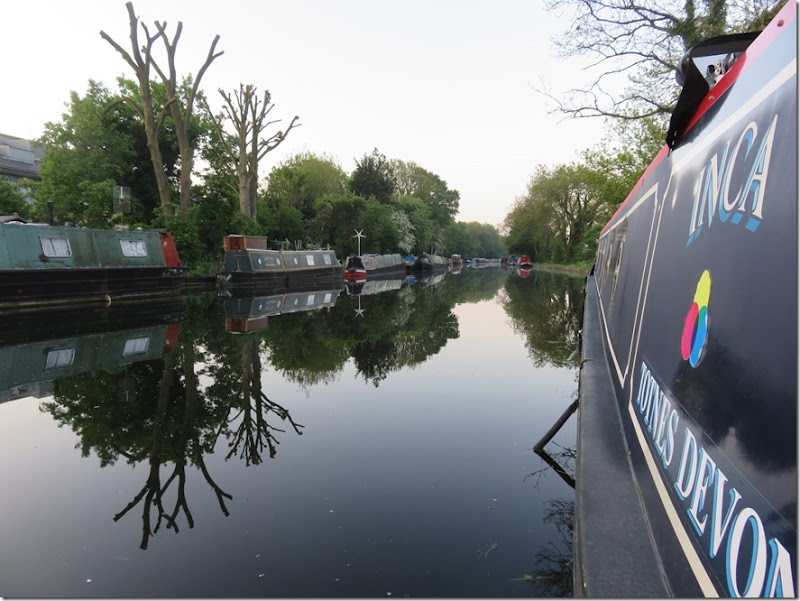 The day has arrived when we make the journey in to London. We pulled pins from our mooring at 05.15 which has to be one of the best times of the day. We used the services above Cowley lock before dropping down and travelling the nearly 18 lock free miles into London. 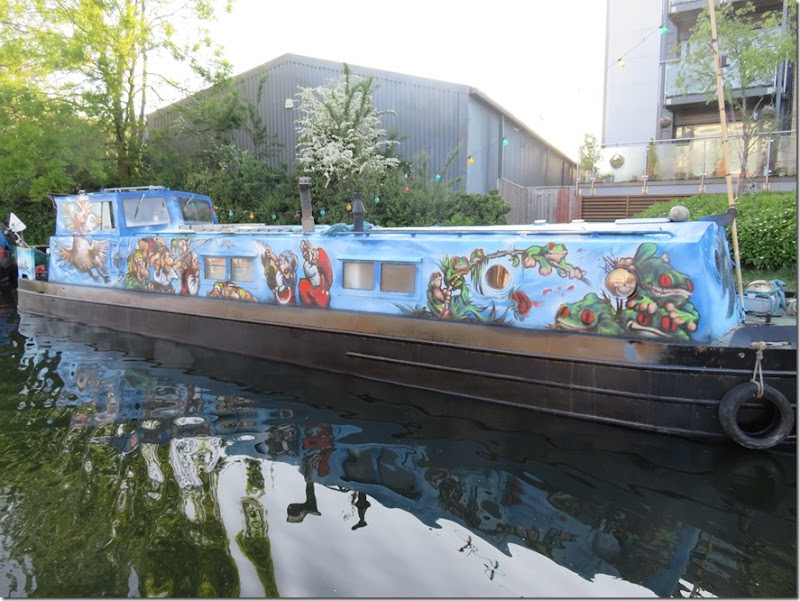 At Yiewsley we passed this colourful boat. 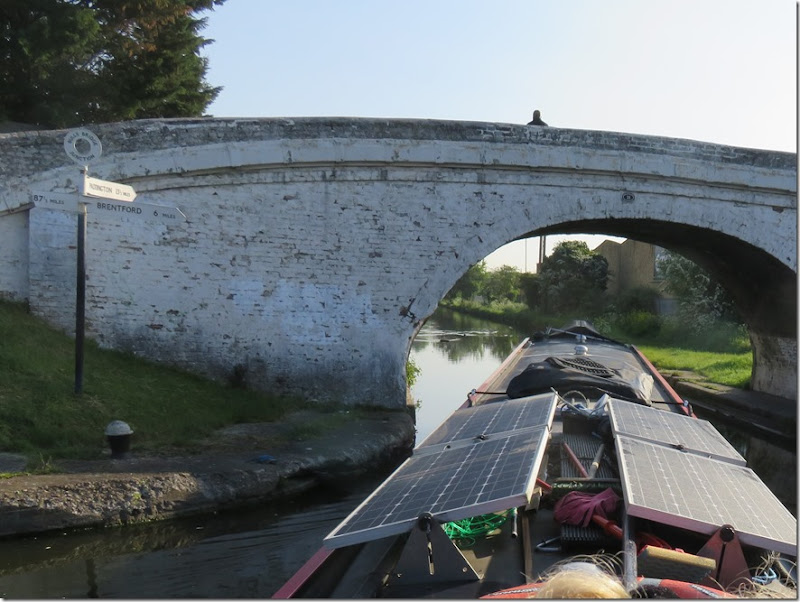 It was then off the Grand Union main line and a sharp turn at Bulls bridge and onto The Paddington arm where we have 13 miles to cruise into Paddington basin. We should be back this way in a week or so and then head the 6 miles down to Brentford and eventually out on to The River Thames. 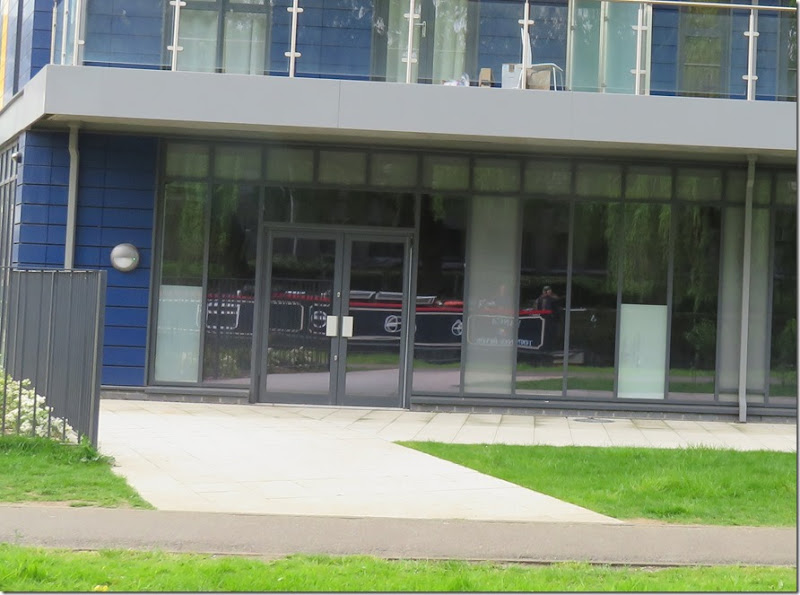 Our reflection.. So that’s what we look like as we cruise along. 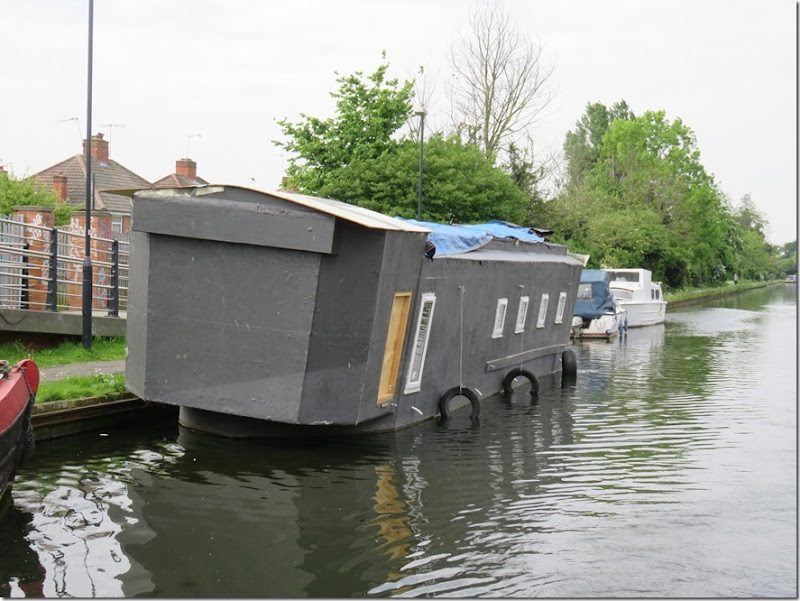 This boat has been here for a very long time and is listing just a bit. I’m not sure how long it will be before it finally topples over 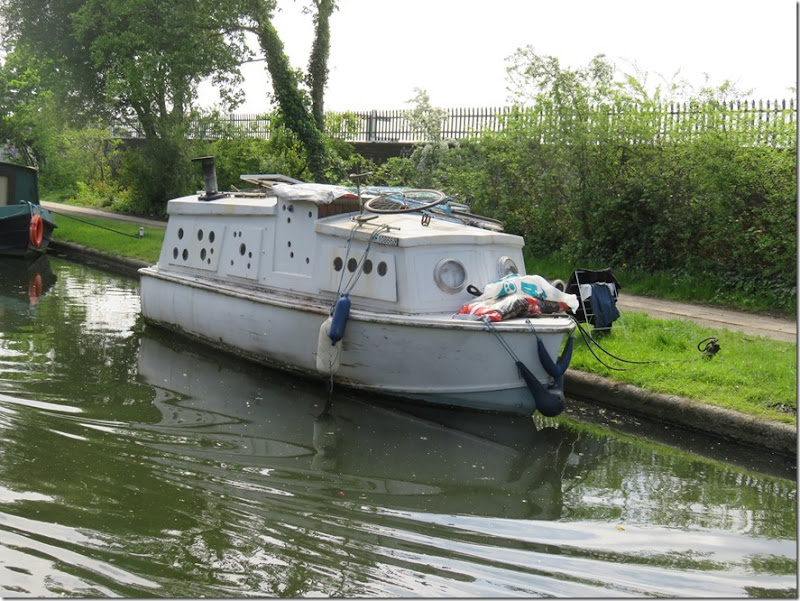 Passing through Kensal and it is full of boats from one end to the other with not one spare mooring. We have never seen it that full before . Although it’s a fairly noisy mooring it is always said to be probably some of the safest moorings on the way into London. There are certainly a good cross section of boats as we cruise through and it seems that if its big enough to live on then someone will ,especially in London with the very high property price’s 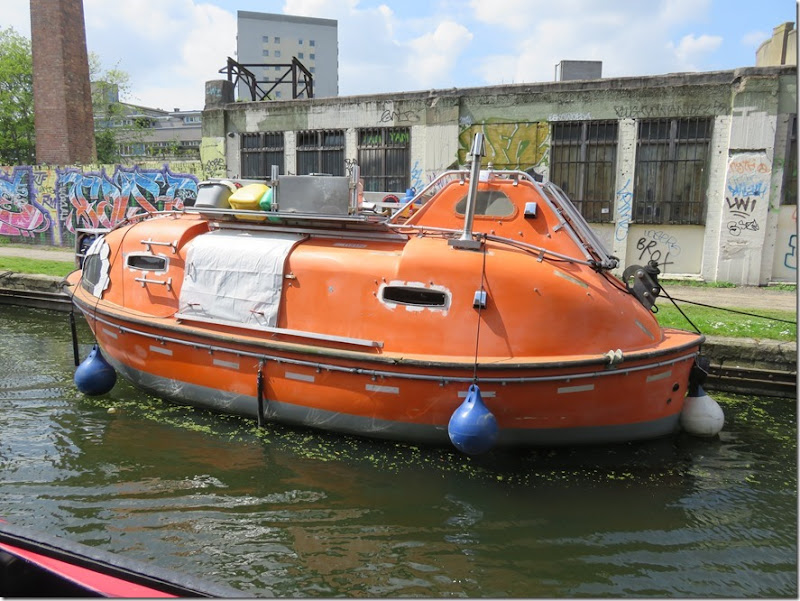 We are starting to see a lot of these old ship’s lifeboats on the canal. I suppose they would make a cheap home. 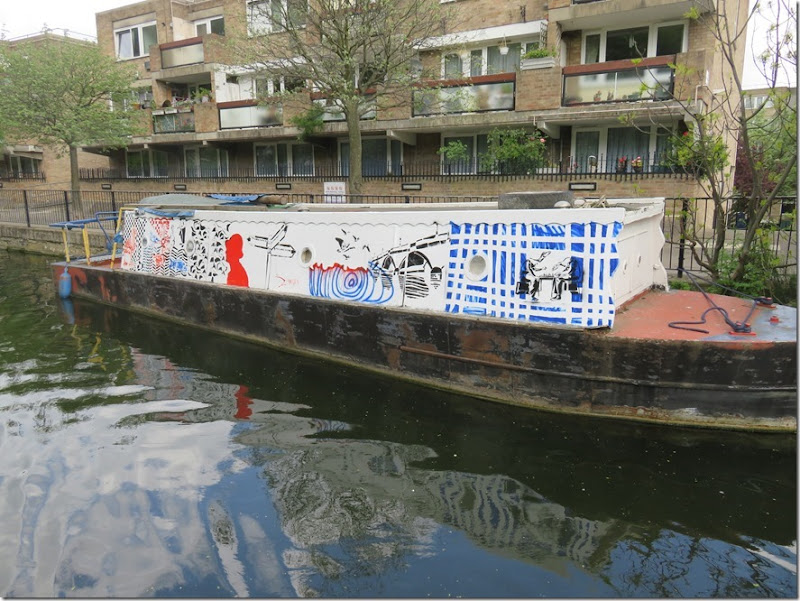 Yet another colourful boat as we head through Little Venice. 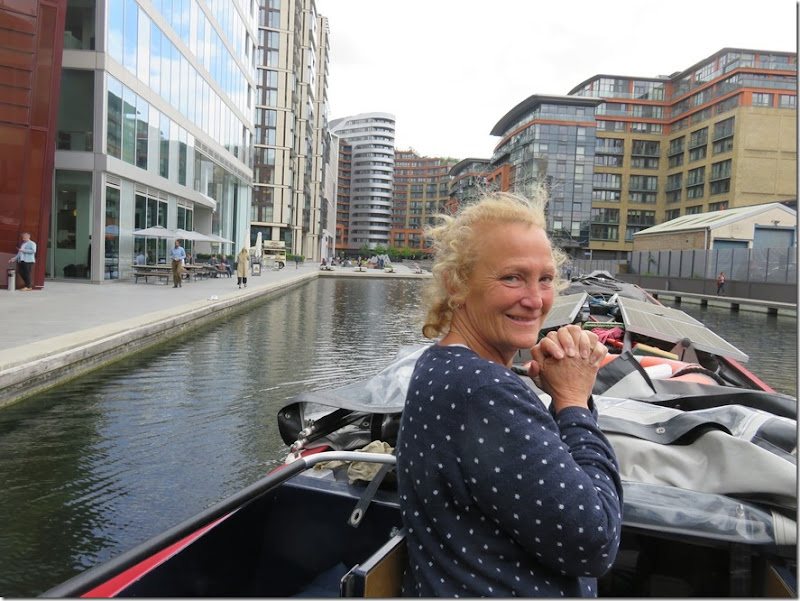 It looks like Carolyn’s prayers have been answered . As we go into Paddington Basin it is full except for one mooring on the Hospital side, but it means we have to double moor outside of another boat. It’s something we don’t like doing, mainly because of the difficulties in getting number one ship’s dog Hamish on and off the boat. But at the end of the day we are just pleased that we are in. We are tied onto a very friendly young couple,but we will keep a watch out for any boats moving off the moorings and swap places if we get the chance.