A cunning plan (not) 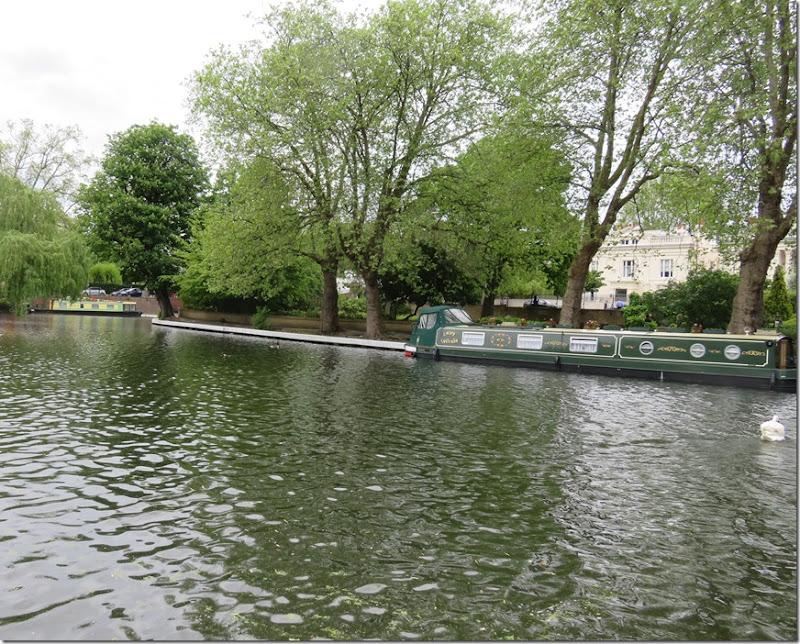 You may remember that a couple of weeks ago we contacted Canal and River Trust regarding a mooring at Rembrandt Gardens in London. There are only two bookable moorings (but room for three boats) and unfortunatly we were told that they were full and there would be no chance of a mooring. They did however say that they would put us on the cancellation list , so that if any boats didn’t turn up they would contact us and give us a place. Luckily though we managed to pick up a mooring in Paddington Basin.
The picture above shows The Rembrandt Garden moorings with only one boat on it and it stayed that way for five days while we were there. In that time loads of visiting boats from outside the London area arrived and could not find anywhere to stop and several of them after travelling for many days just turned and left the city. It’s clear that Canal and River Trust have great problems of controling the moorings in central London. Canal and River Trusts offices are just opposite the moorings in Little Venice so they would just have to step outside the door to see if the Rembrandt moorings had been taken.

In the basin where we were eight out of the twenty boats there at one time had either overstayed or did not display a valid licence or their boat number. Some had CRT overstay envelopes pinned to their boats. Several of them seemed to be so called dumpers, which are boats that are just moved around the system with no people on them for the time they are moored.

In Liverpool they run a very successful scheme where you pre book to moor in the city. We have spoken to so many other visiting boaters to London who have said that they believed a system like that should be introduced into Paddington Basin and most boater’s said they would be prepared and more than happy to pay a fee for a guaranteed visitor mooring. 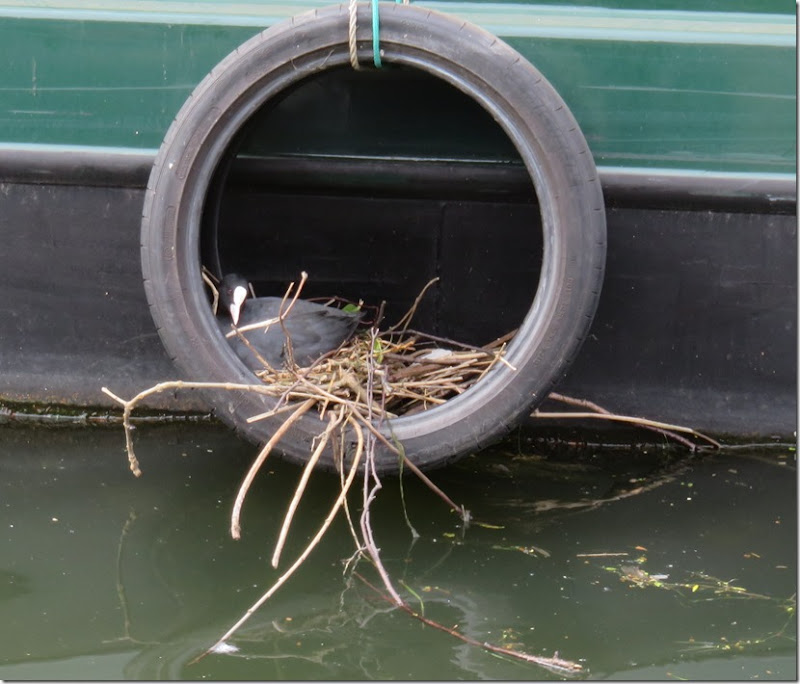 I did speak to one local boater who told me that If I wanted to over stay and have a longer time in London at this time of year was to get an old tyre and hang it off the side of our boat. Then within a couple of days a Coot would build a nest and lay some eggs. Because the birds are protected the boat can then not be moved for the next month or more… “What a cunning plan” he said .   I THINK NOT !!!!.  Of course I’m sure not all boaters that use tyres for fenders do it for overstaying.