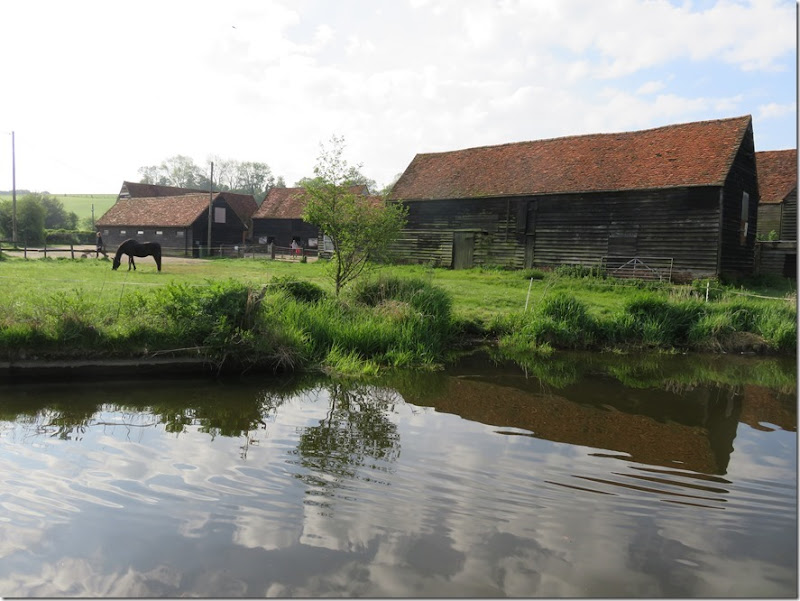 We pulled pins from Rickmansworth at 08.10 and soon dropped down Stockers lock before passing the farm that was used in the 70s TV series Black Beauty. 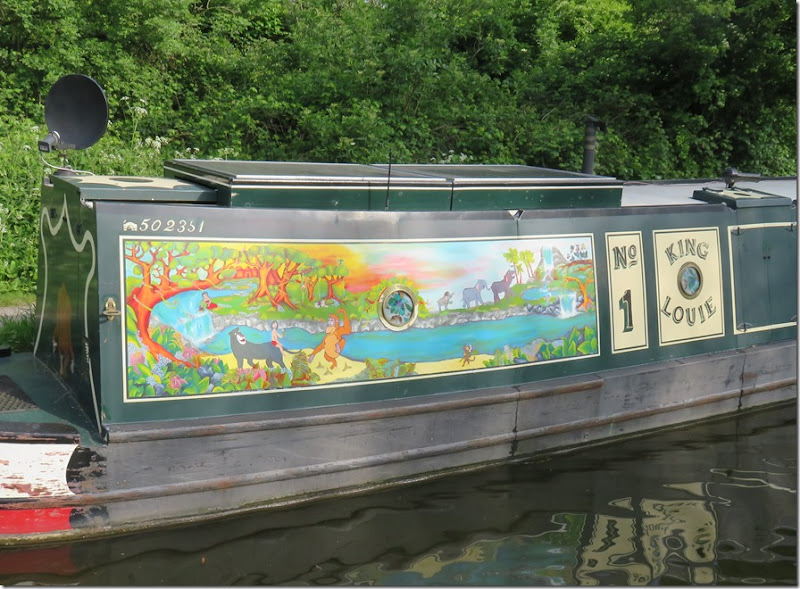 I guess the owner of this boat likes The Jungle Book 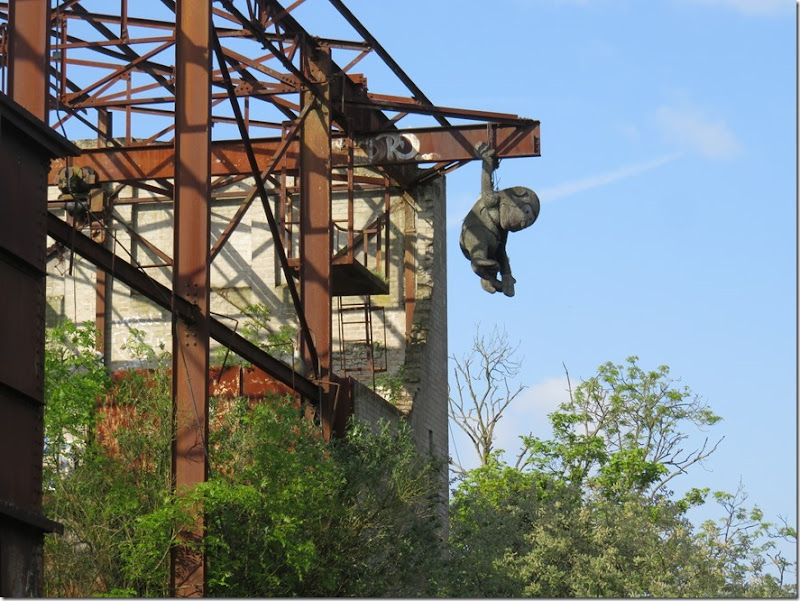 Looking a bit the worse for wear , but he is still hanging around. Maybe he should be on the boat above. 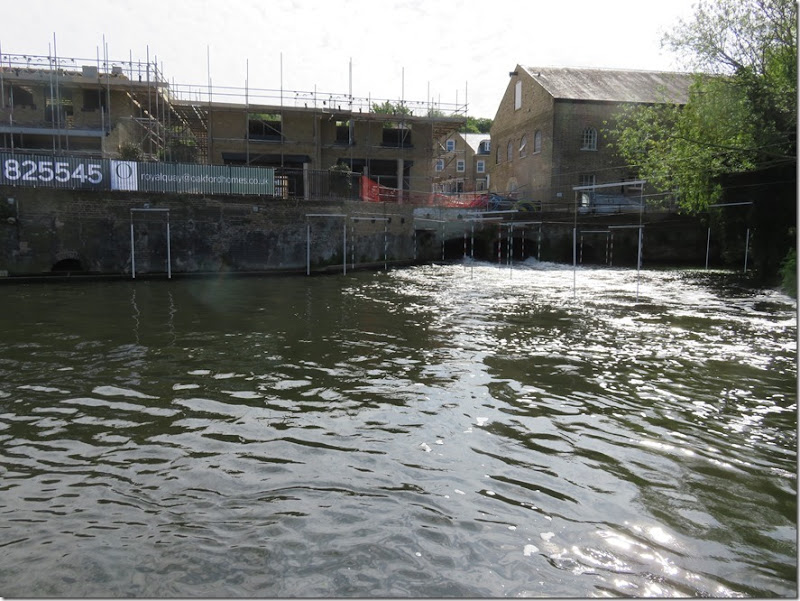 After filling with water it was through the rapids near The Coy Carp pub .  I did say to Carolyn that it would be fun to try and get Inca through the course, but she was not impressed with the idea. 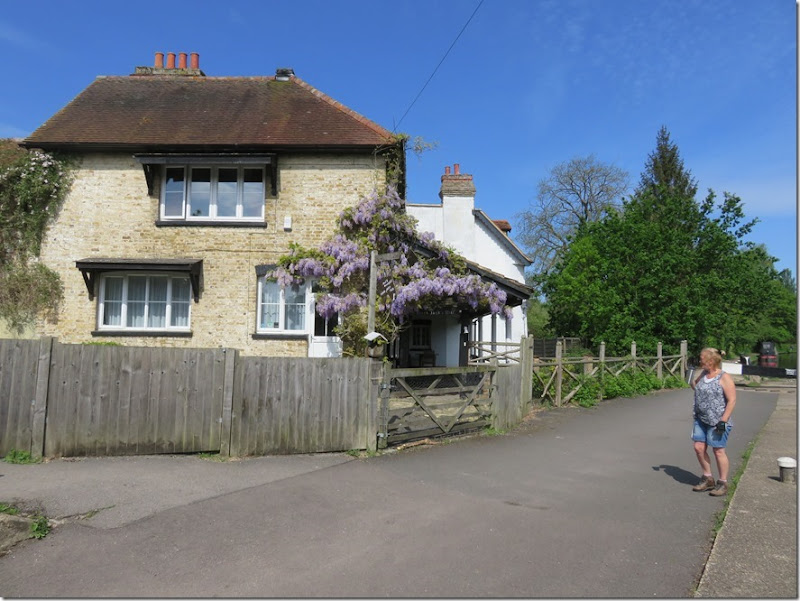 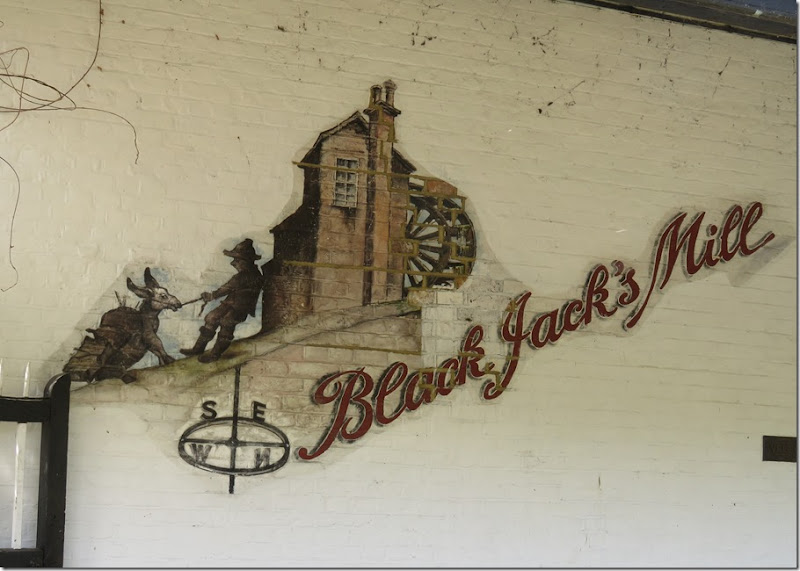 The former water mill lies between the River Colne and the Grand Union canal and is within the Harefield Conservation Area.
The current building stands on the site of the original mill, which was recorded in the Doomsday Book of 1086.
As legend goes, Blackjacks Mill was named after a serf who used to deliver flour using a donkey and cart. He was a cruel man and treated the animal so badly that local children used to call after him, "Black tempered Jack!" Over the years the name transferred to the mill 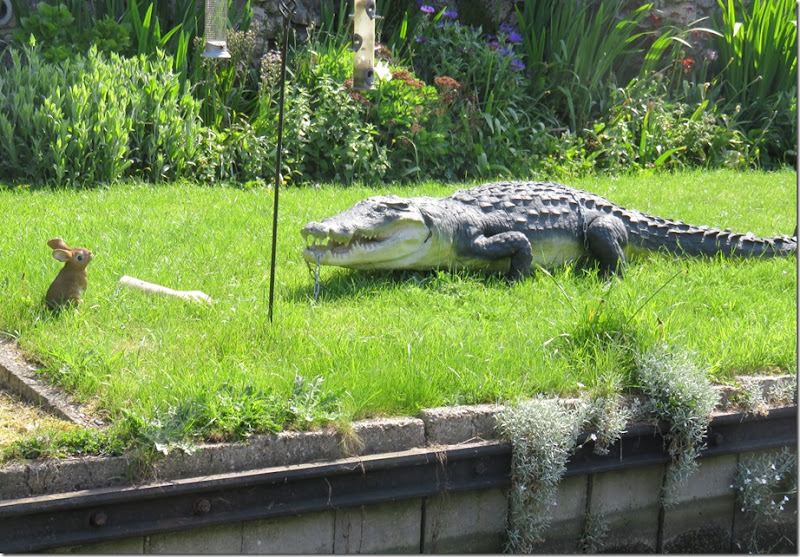 At the bottom of the lock its good to see that the Crocodile still hasn't got the Bunny.

We then picked up a mooring before Harefield marina and were joined by Gary and Della (nb Muleless) and Rich and Sharon (nb Oakapple) . Again the chairs came out and a most enjoyable afternoon was had. It was made even better when Della cooked us all a lovely Cottage pie with Apple crumble for dessert . It was to be our last day with Gary and Della as they were nearly at the end of their journey South, although we should hopefully meet up again later in the year.