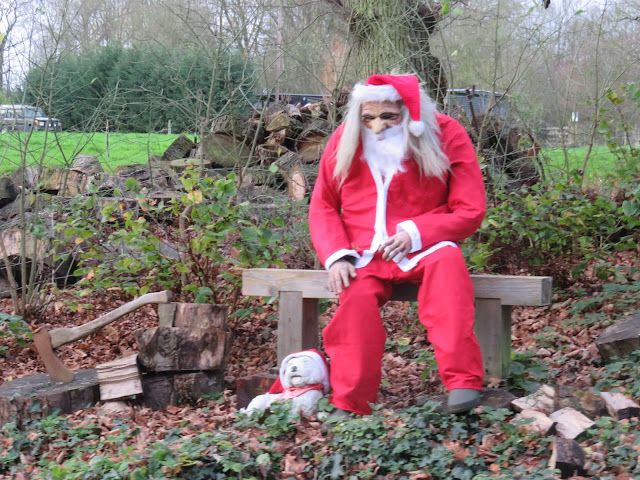 We pulled pins from Weedon Bec at 08.00 with the intention of doing the Buckby flight of 7 locks and then through Braunston tunnel and then down the Braunston flight of 6 locks and pick up a mooring near the marina. A journey that should take about five and a half hours.It was good to see the guy above at Bedazzled near Dodford decked out in his Christmas clothes. 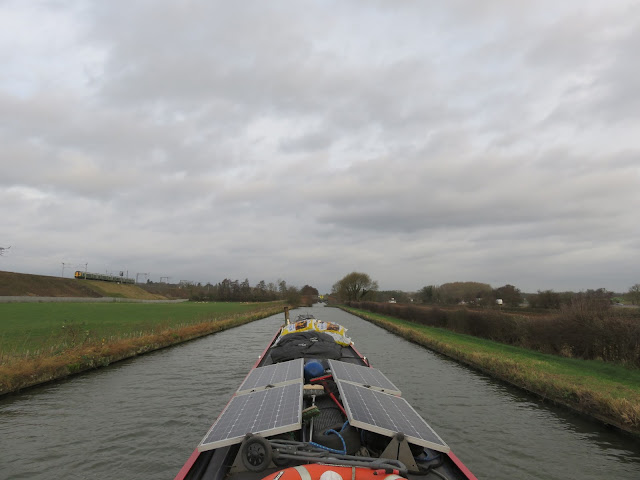 The approach to the bottom of the Buckby flight and I always try to get a picture of the canal in the middle then the trains on the left and the M1 Motorway on the right. This has to be one of the noisiest stretches of canal anywhere. 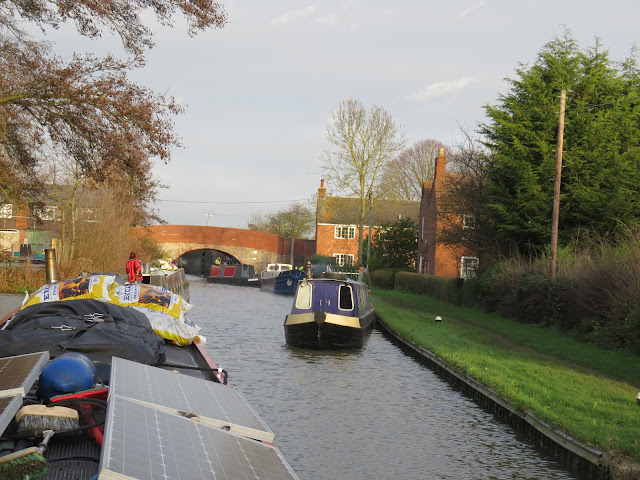 After a few problems getting into the bottom lock we eventually start our climb up the hill and with several boats in the first pound we are expecting a long and busy journey up the flight. 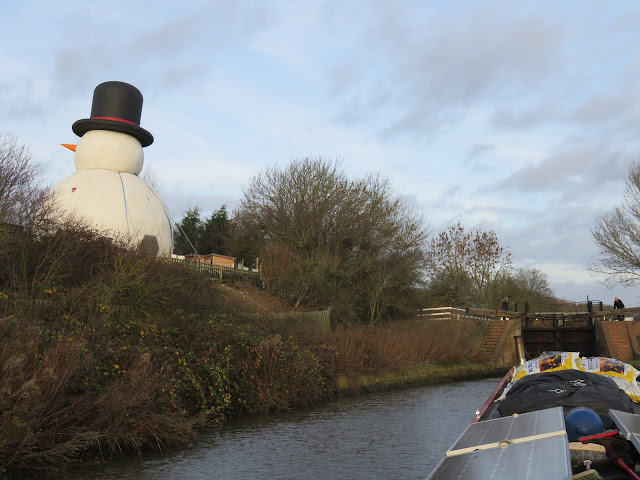 As we make our way up past the giant Snowman at Whilton garden centre it soon becomes apparent that the flight is very quiet with no boats coming down. 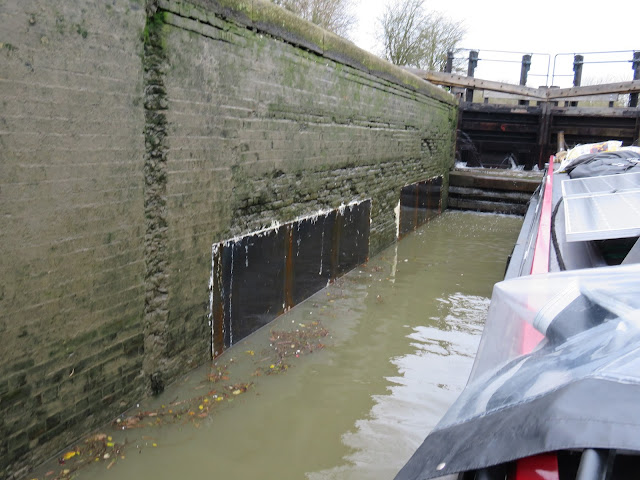 Now this is very bizarre. The flight of locks have been closed for 7 weeks to allow for repairs. There has been new gates fitted on several of the locks but what is this all about. 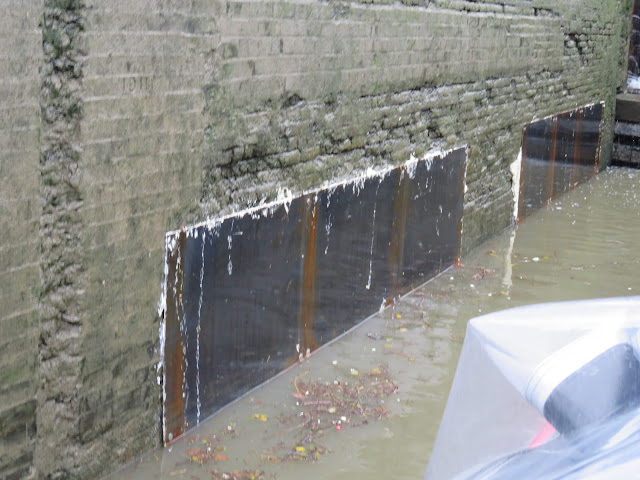 On closer inspection it looks like steel plates have been stuck to the lock wall using expanding foam. I would imagine that the brickwork has failed and this repair has been put in place. But why if the locks have been shut for 7 weeks wasn't a more permanent repair carried out. I have e-mailed Canal and River Trust and asked for an explanation about this repair. I will report back their reply. 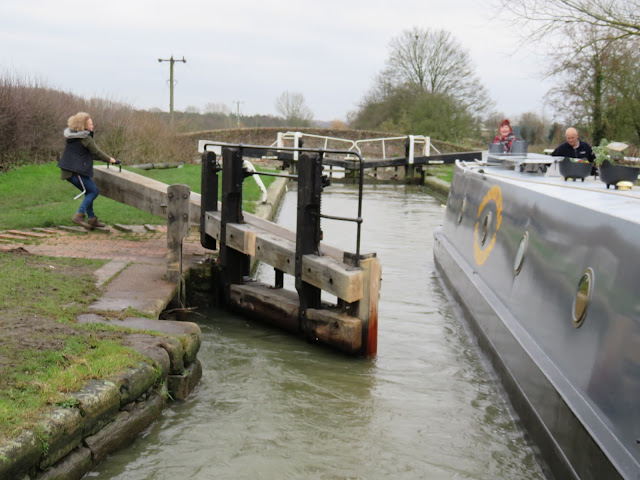 We shared the flight up with the crew of Nb Broomsticks and Dandelions, sorry but forgot to ask your names but it was a pleasure to lock up the flight with you. 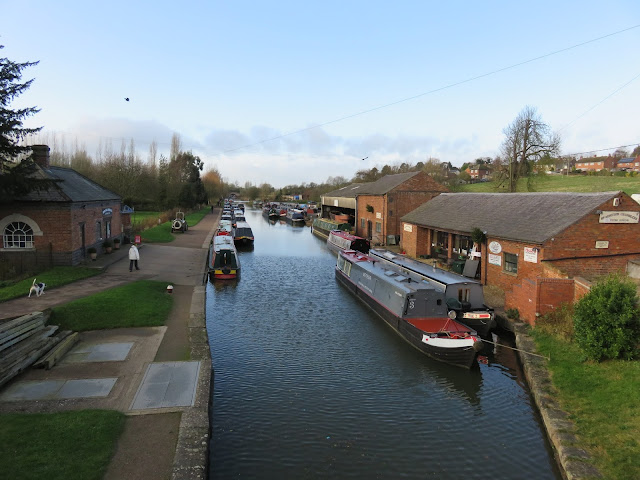 After a very enjoyable 6 hour cruise we eventually reached the bottom lock at Braunston and were lucky to pick up a mooring outside the marina. We will have a day or two here and meet up with a couple of friends before moving out into the country and towards Napton.