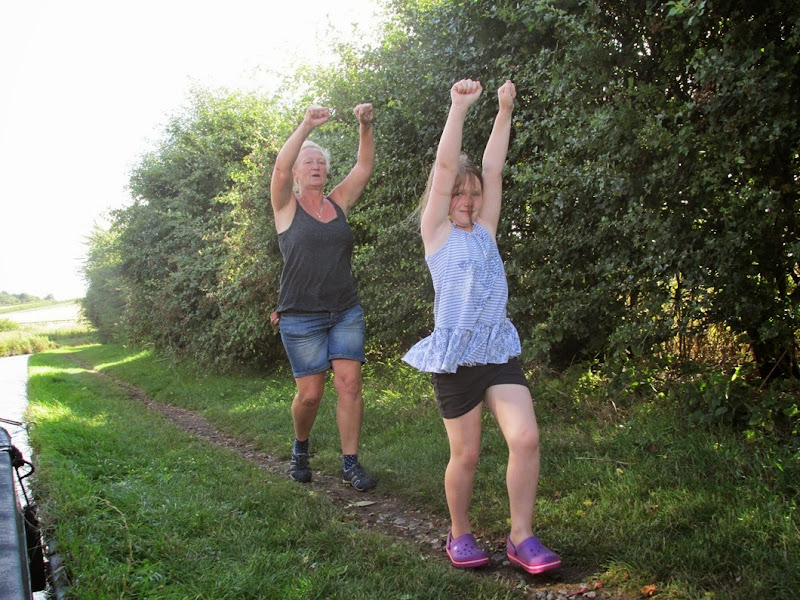 On our mooring at Pitstone Carolyn and Curly do a Towpath workout. After a bit of heavy rain on Sunday morning the afternoon turned out good with some long periods of sunshine. 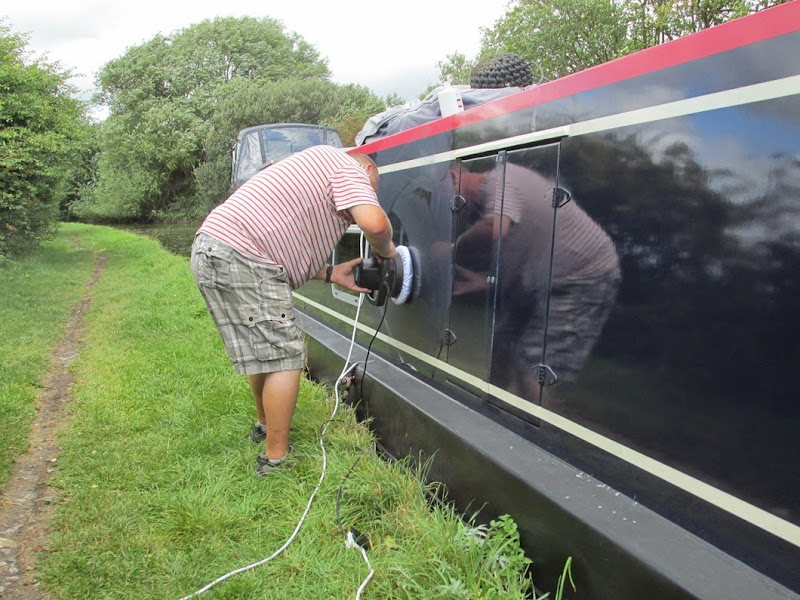 While the girls are prancing about its time for me to give the Starboard side a good polish. I have tried all sorts of polish but it doesn't take long before the paintwork starts to look flat again. I could open a polish shop with the amount of different polishes I have bought. I am now trying Autoglym so we will see how that works. If anyone knows of a polish that keeps it bright for a long time I would love to know about it… 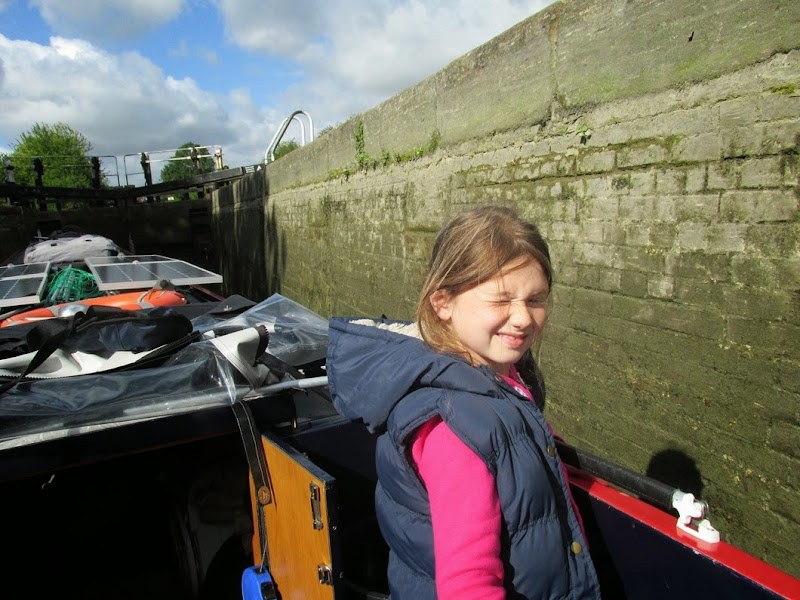 on Monday morning we pulled pins at 09.00 with the hope of picking up a mooring at the end of the Wendover arm. With very high gusts of wind it made maneuvering in and out of locks a bit of a challenge. Curly had a good laugh when I used the Girlie button (Bow thruster) when entering, a lock as I had previously told her it was only Nan who was rubbish at steering and used the Girlie button. She then thought it was great fun to spend the rest of the day calling me a big Girlie….. 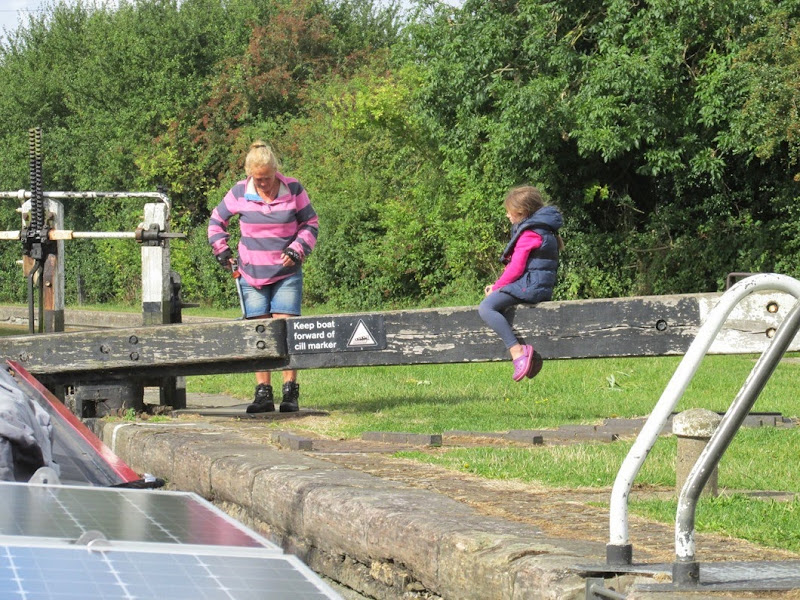 Going up the Marsworth flight to the Tring summit and Curly finds it far more fun to ride on the balance beam instead of pushing or pulling it with Carolyn. 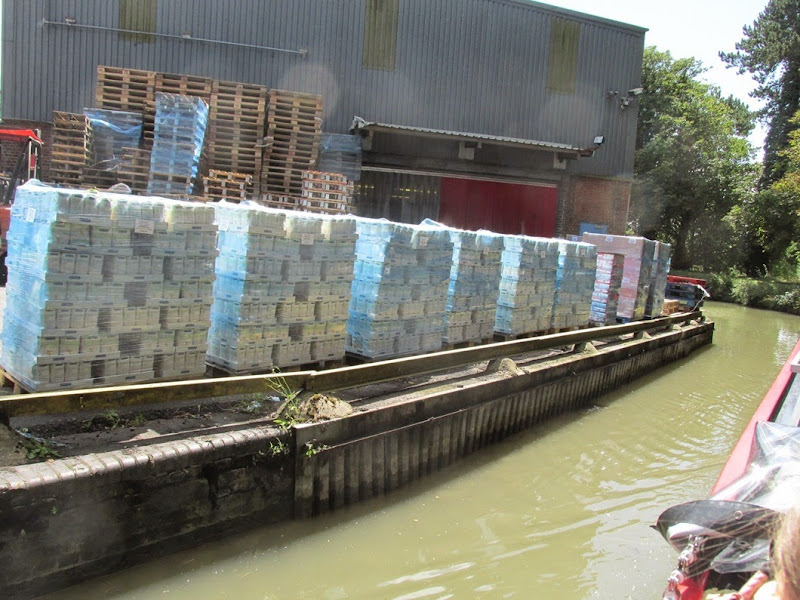 On to the shallow Wendover arm and its not long before you get to the flour factory with all the bags of flour stacked up on pallets outside. 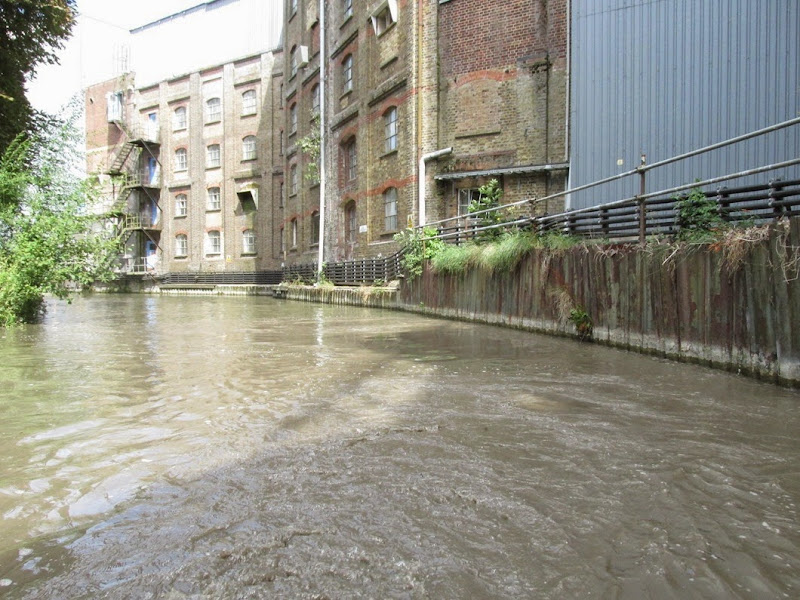 The level in the arm was down as the pumps which fill the canal from a nearby reservoir were going full bore. The arm is not very deep even when the level is up and it took us 2 or 3 attempts to get past the factory as Inca just wouldn’t go around the corners and just glided in to the bank on top of the mud . 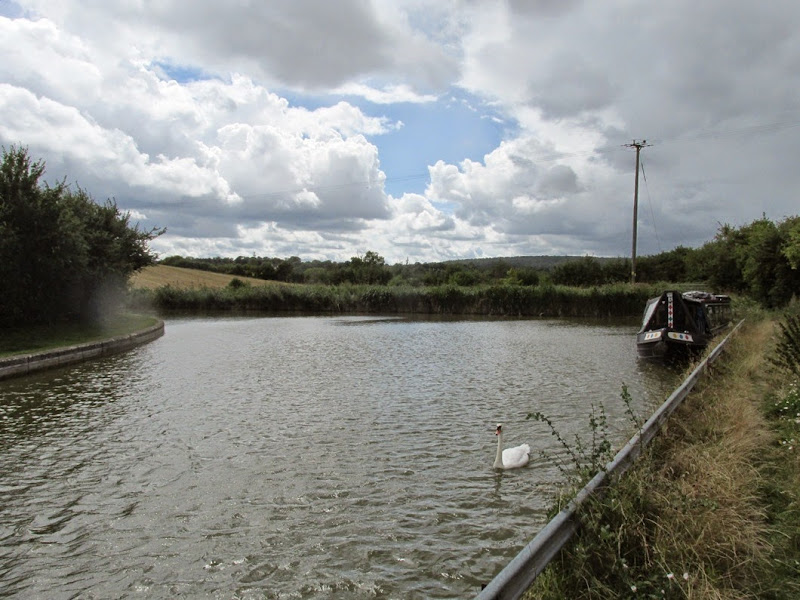 With only one other boat moored at the end of the arm we picked up this mooring which is a 14 day mooring although we don’t expect to be here that long. 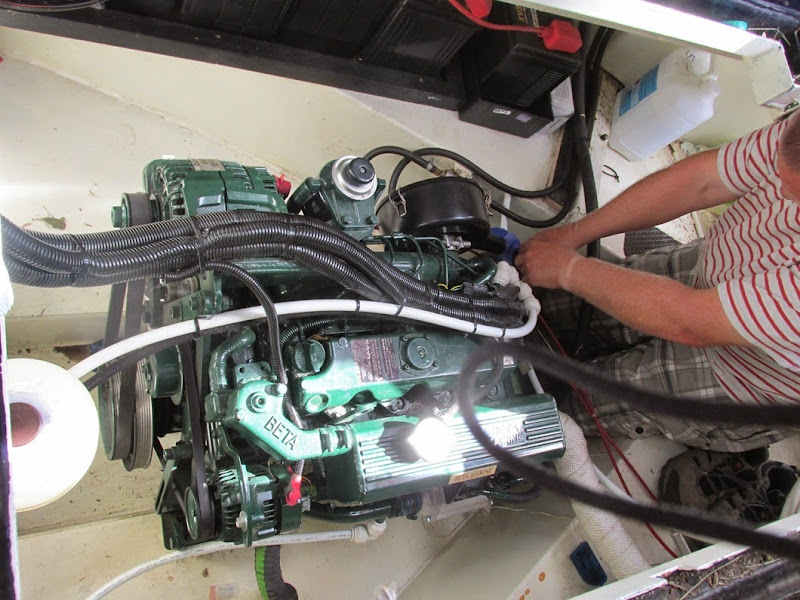 Soon after mooring it was service time again. The engine oil needs to be changed every 250 hours and a gearbox oil change was also required as that had reached 750 hours since the last change. The engine has now run for over 1500 hours and is still sounds as sweet as a nut. Every time I do a service I come out of the engine ole aching worse than the time before, must be an age thing. 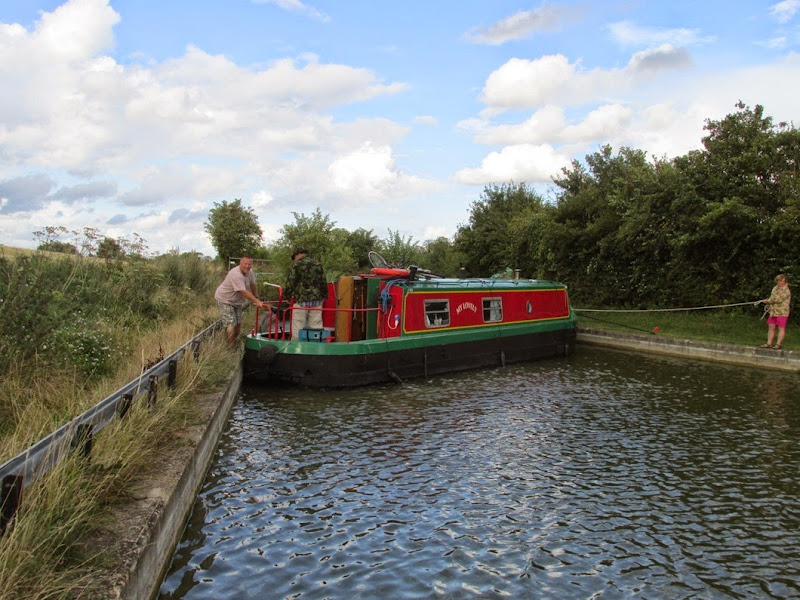 Later in the afternoon this boat got jammed solid while trying to turn in the basin. The wind got him and wedged him at the bow and stern. They struggled for a while and we had a good laugh watching them from Inca, but it wasn’t long before Carolyn ordered me to go out and help them. I asked them to pass me a rope but their stern rope went around their prop earlier in the day and ended up a bit short.  I eventually managed to pull the stern off the wall and we turned the boat and they went on their merry way having a good laugh about what had happened..
I think we are going to have a day or two here and then decide on our next move as we make our way towards London.