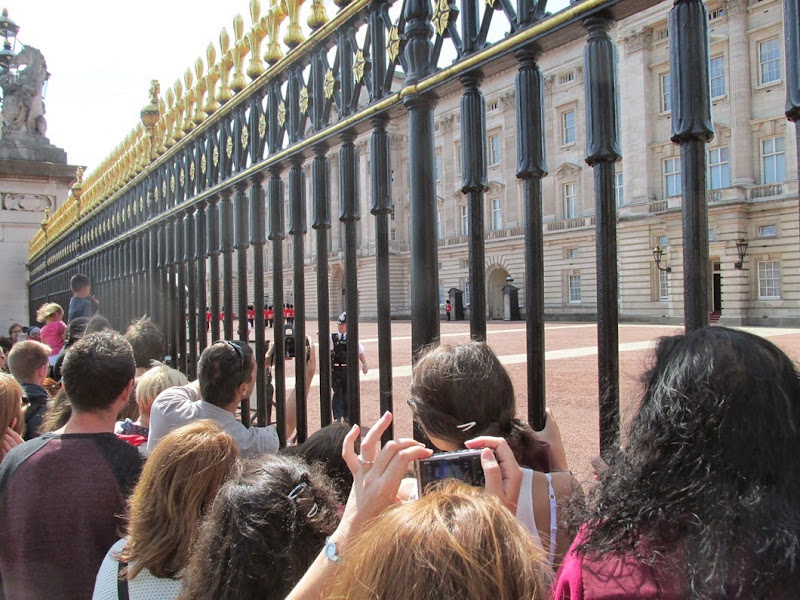 On Thursday morning we made the walk from Paddington basin across hide park and then down Constitution hill to Buckingham Palace. 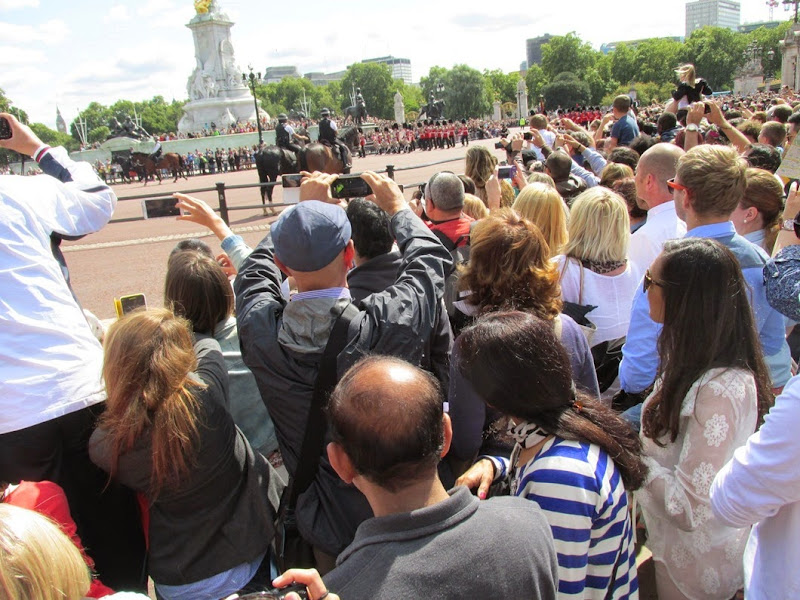 I have never seen such a big crowd of people , there were thousands of them ( I suppose being a Torquay United supporter I'm not used to big crowds anyway   .  There I said it before someone else did ). 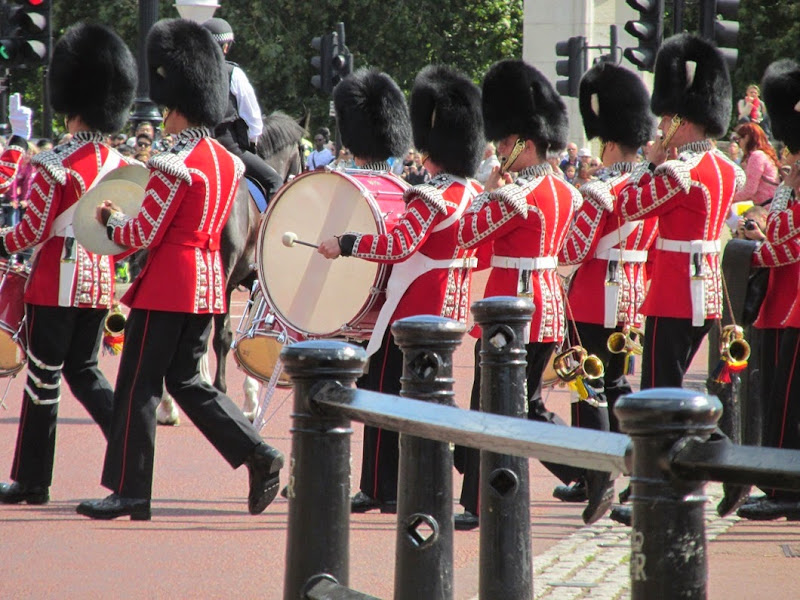 It was the changing of the guard and there are some things in this country we do better than anyone else in the world. 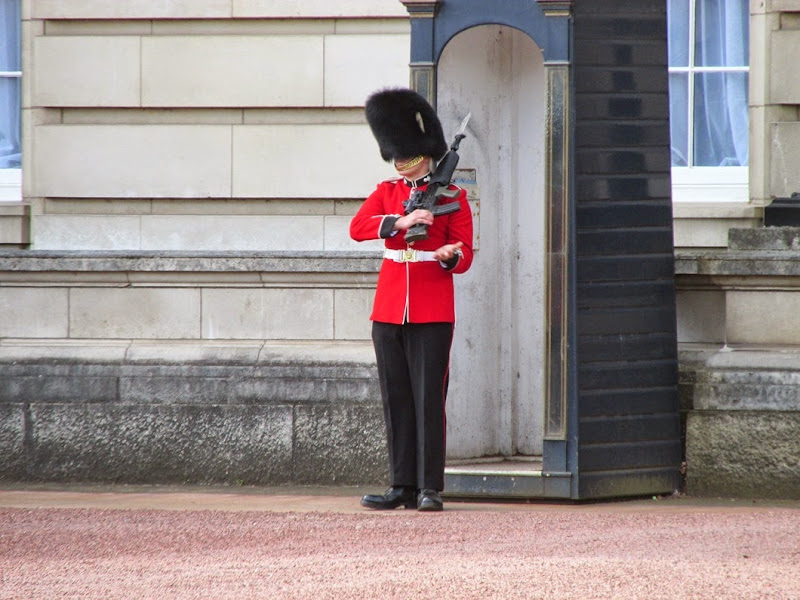 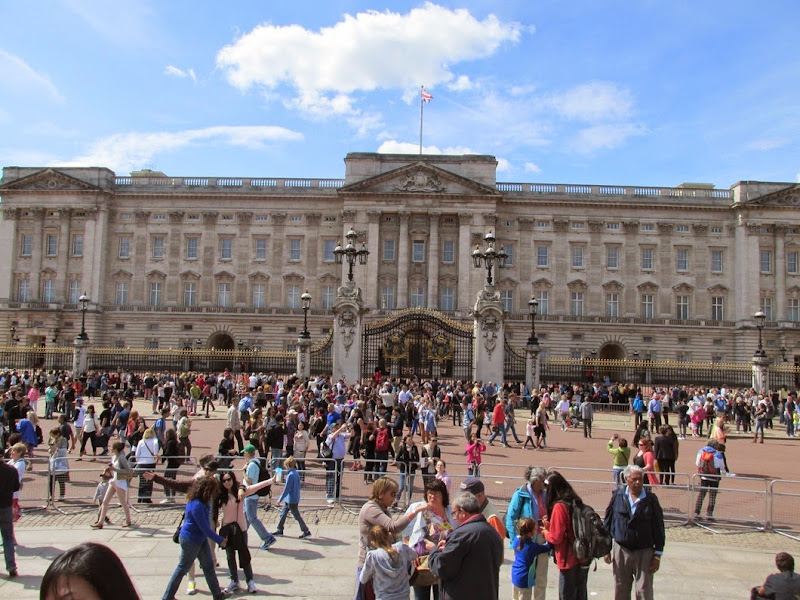 With the flag flying over the palace we thought that the queen was at home. But she is only at home when the Royal Standard flag is flying , when she pops down to the shops for some bread and milk or up to Balmoral the Royal Standard comes down and Union jack goes up. 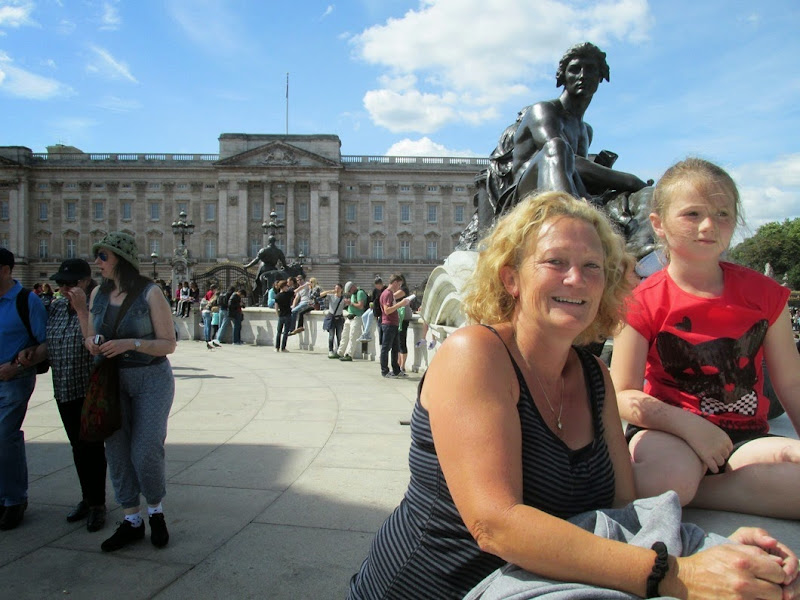 This is Curlys (Abbie) first trip to London and I think she was a bit overwhelmed with what she saw. 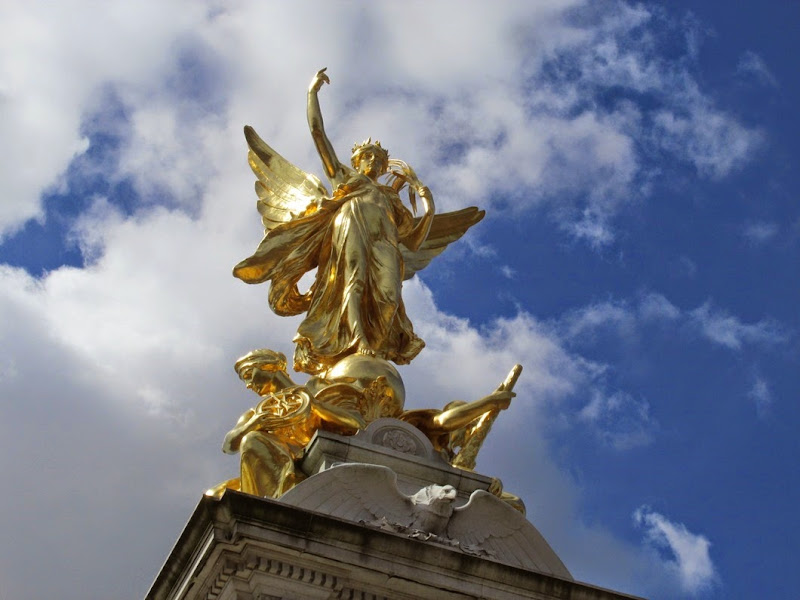 The top of the Victoria memorial outside of the palace it was built by Thomas Brock and completed in 1911, it shows a winged Victory with the figures of Courage and Constancy crouched at her feet. Below are stone eagles with outspread wings, which are symbols of Dominion or empire… All these together show the qualities of the queen.   History lesson over….ps I bet its not solid gold. 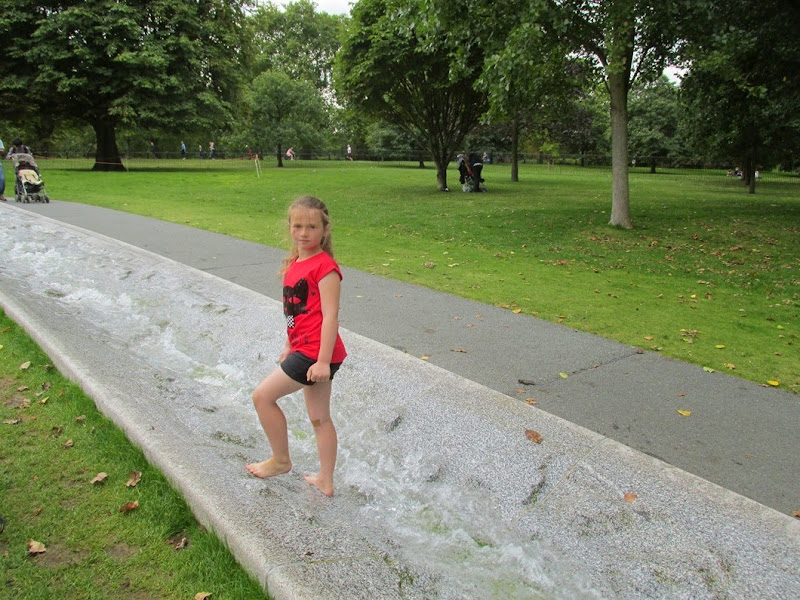 We spent a couple of hours at the Palace just soaking up the atmosphere and watching the world go by.  It was then back to Hyde park and the Princess Diana memorial and Curly couldn’t get in quick enough. I know a lot of people slagged it off ,but there were hundreds of kids having so much fun in it , so I think Di would have approved of it. 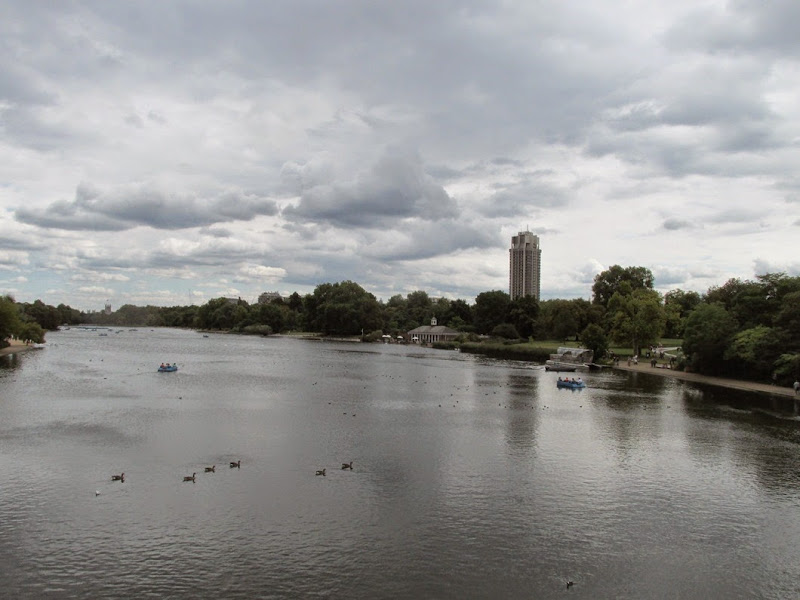 The view over the Serpentine in Hyde park. 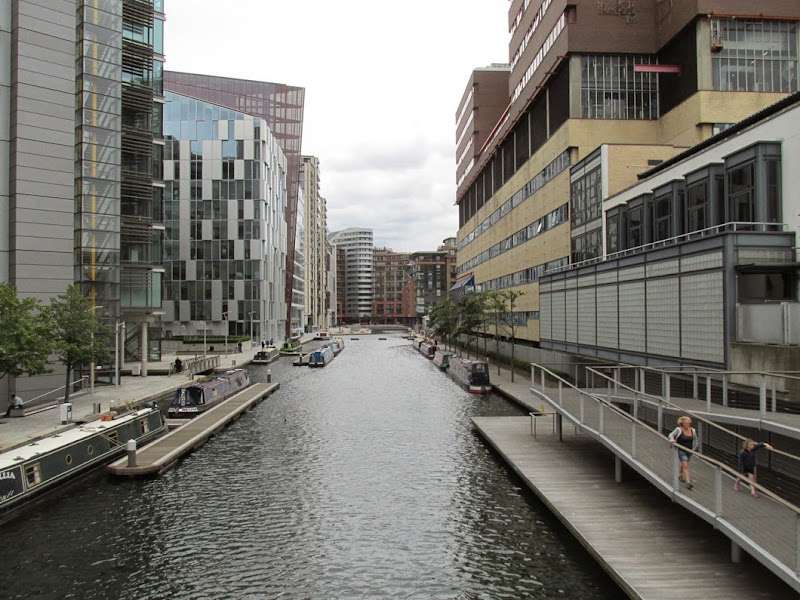 Finally back to the basin , and look at all those empty spaces. We were told by the volunteer lockie at Cowley that we stood no chance of getting in as last week they were moored 3 deep. Although I thought you couldn’t breast up in the basin. Also it’s a bank holiday weekend and you would expect it to be well busy. 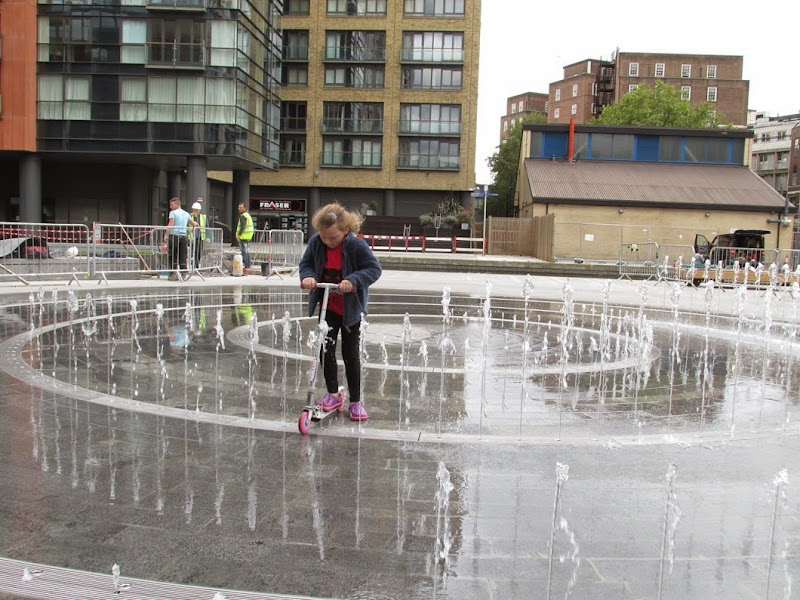 This water feature has been added since the last time we were here.  And guess who got soaking wet ?. 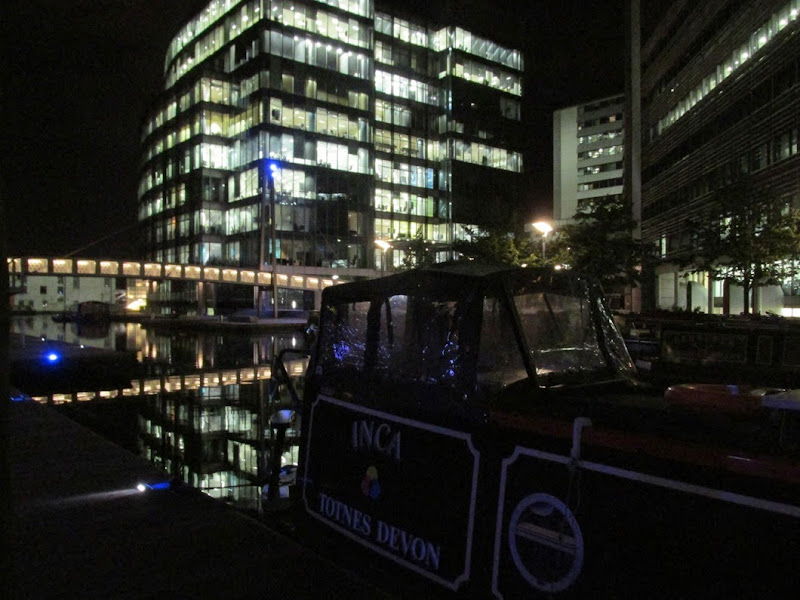 The Basin at night. After a busy day and walking for miles and miles we all sleep like logs.