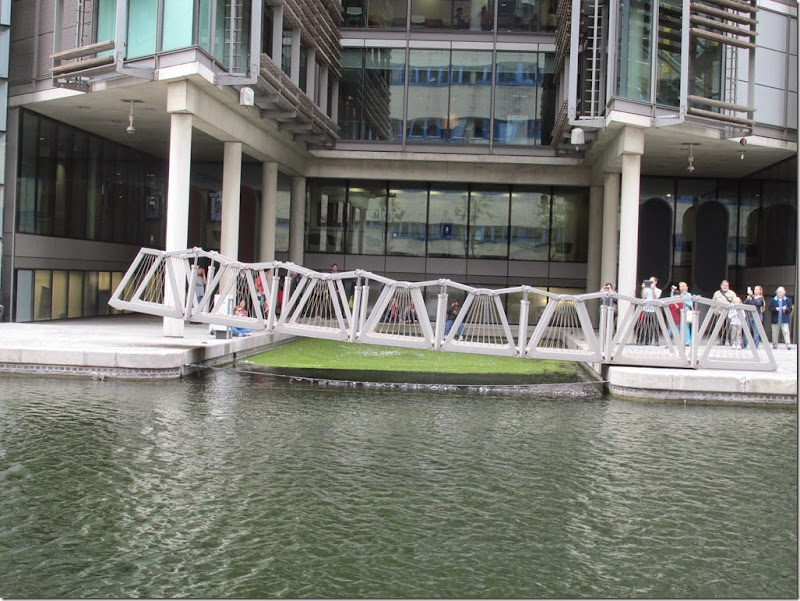 With a small crowd starting to gather opposite our mooring we knew it must be Rolling bridge time in Paddington Basin. It is lifted every Friday at 12.00 by the security staff in the basin. 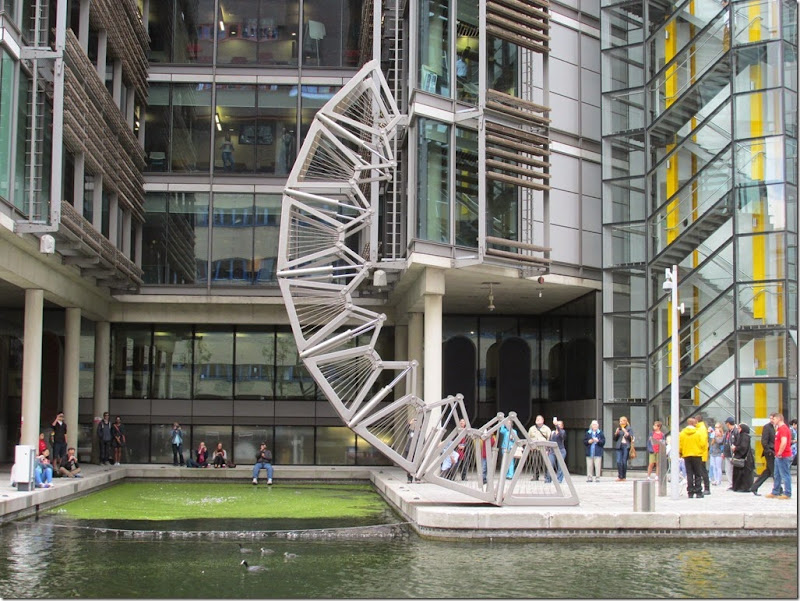 Up she goes. The idea is for it to rollover to allow boats to pass through , but as you can see its a dead end and its not big enough to moor any boats there. 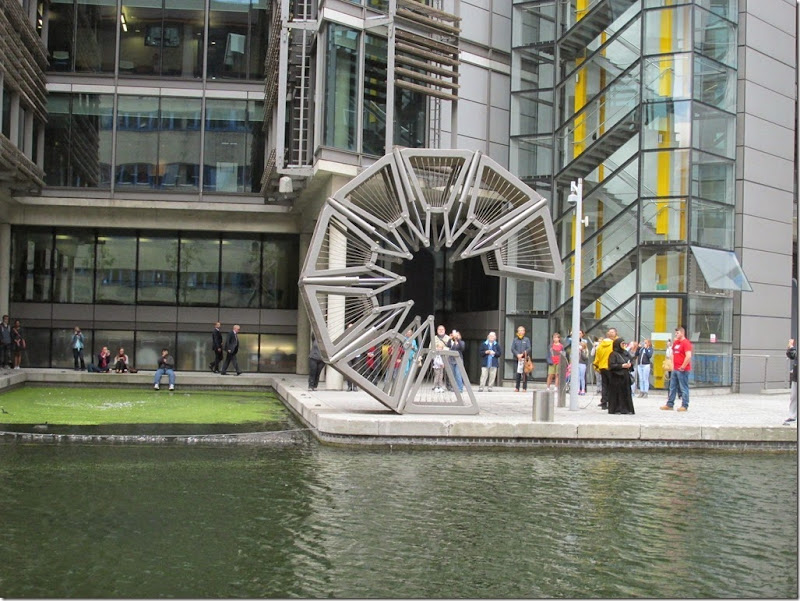 Its amazing what you can do with a few Hydraulic rams and some good old British engineering. 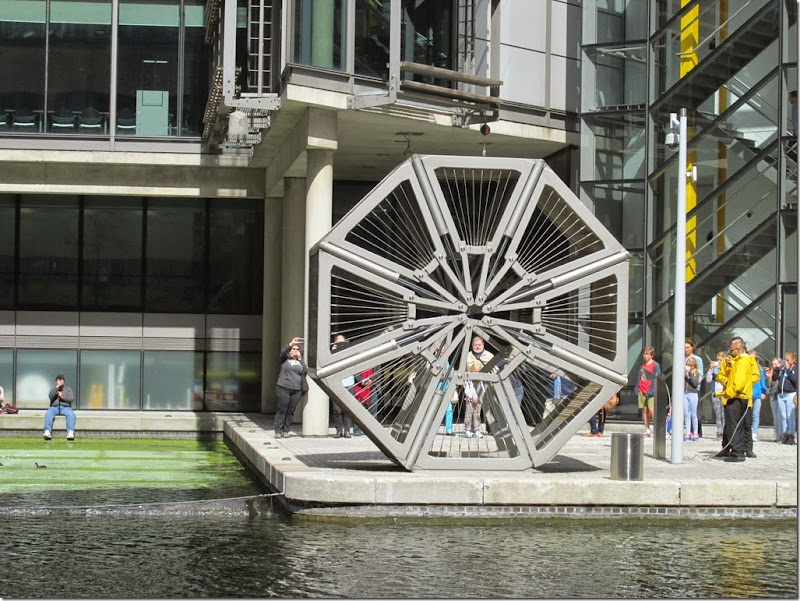 The whole process takes a couple of minutes and it is a great to watch. The bridge was designed by Thomas Heatherwick and completed in 2004. It won the British steel structure award in 2005. 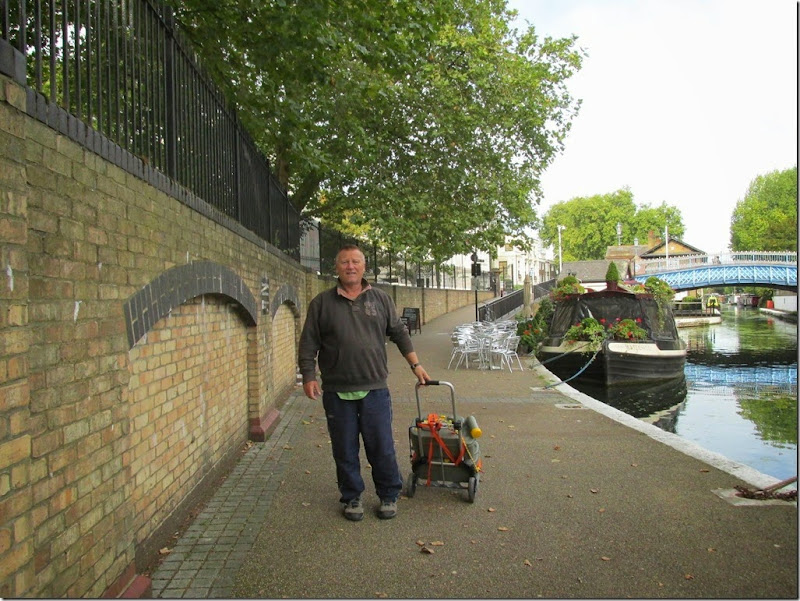 The walk of shame.  One of the joys of Narrowboating is emptying the toilet cassette and with 4 of us on board we are filling them at an alarming rate , and guess who has to wheel them all the way from Paddington to Little Venice. At least it is early on a Sunday morning and there are not a lot of people about. 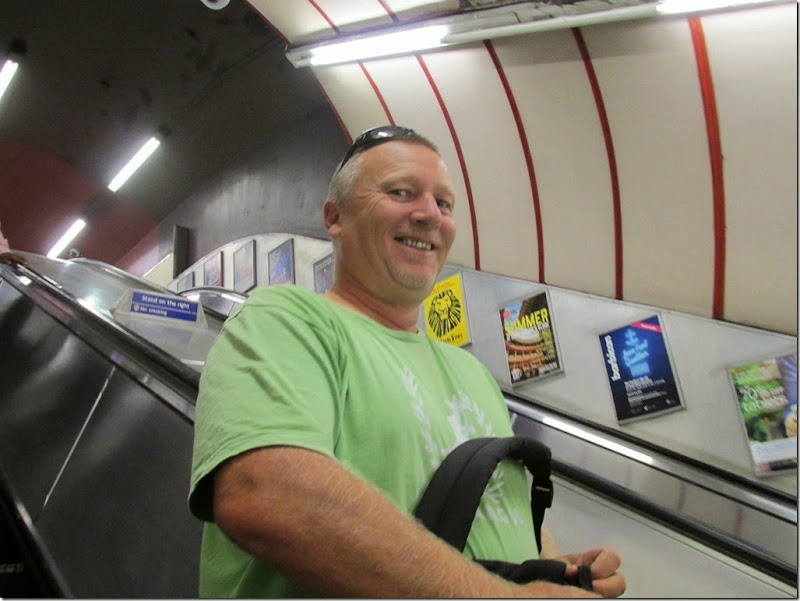 Sunday was Daddy and Daughter day, Carolyn and Curly stayed on Inca while we went off around London , Chloe was so desperate to get me out and about in London. I am 55 years old and have never been on the Underground so guess what i had to do. Me and Carolyn now have Oyster cards which should make it easier to get around. I must admit i did enjoy the Tube and don't they accelerate fast and stop quickly. I am more used to 2 miles an hour. 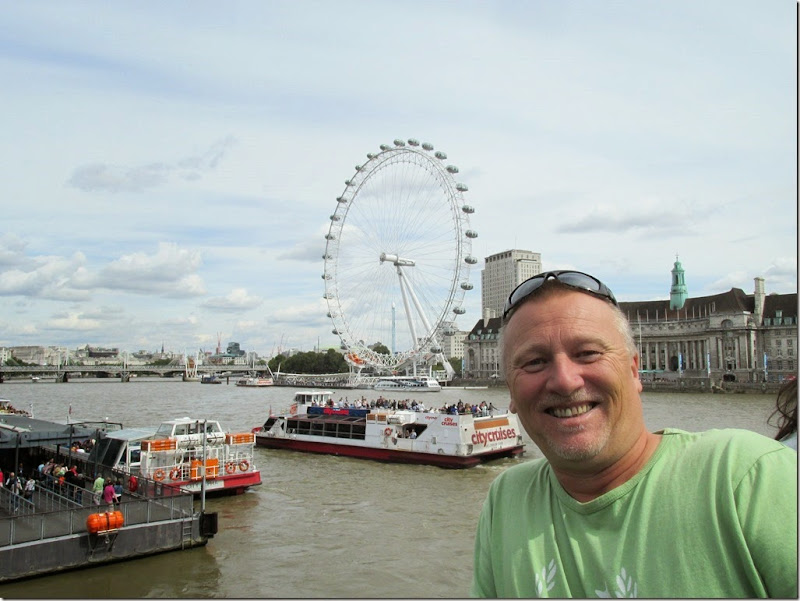 After going over and having a look at The Shard we came back over to Westminster. Chloe tried to get me on the London eye , but i am not that good with heights and also you have to pay, and don't forget my middle name is Thrifty. 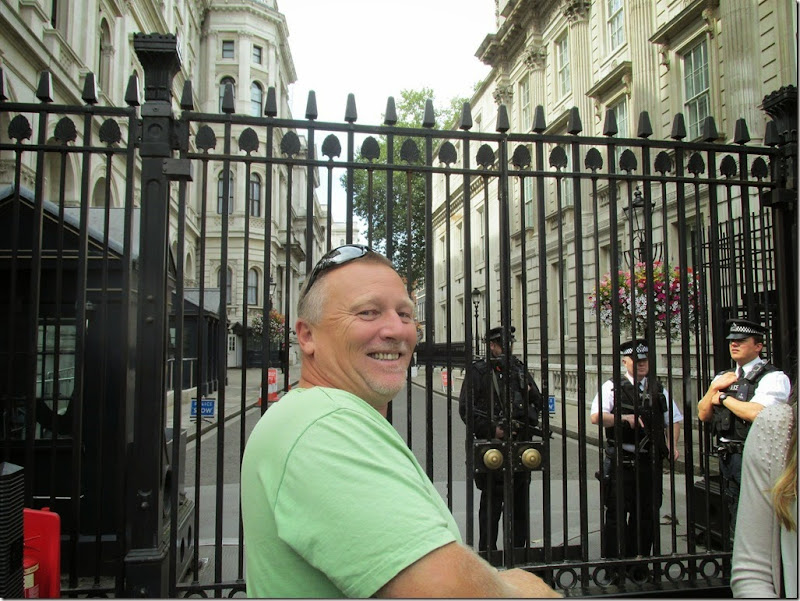 It was then down to Downing Street to meet my good mate Dave. 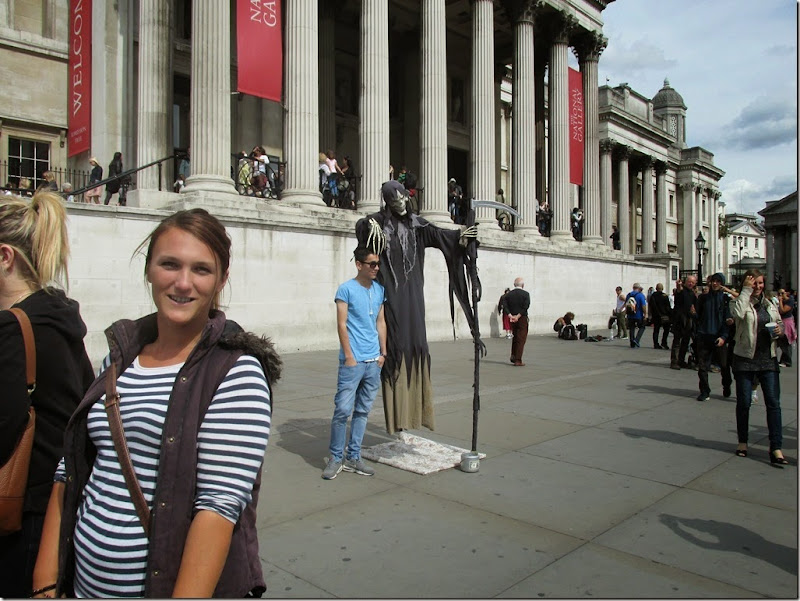 Now i like this place The National Gallery (its free). I did ask the Grim Reaper if he wanted to take Chloe but even he refused to take her. 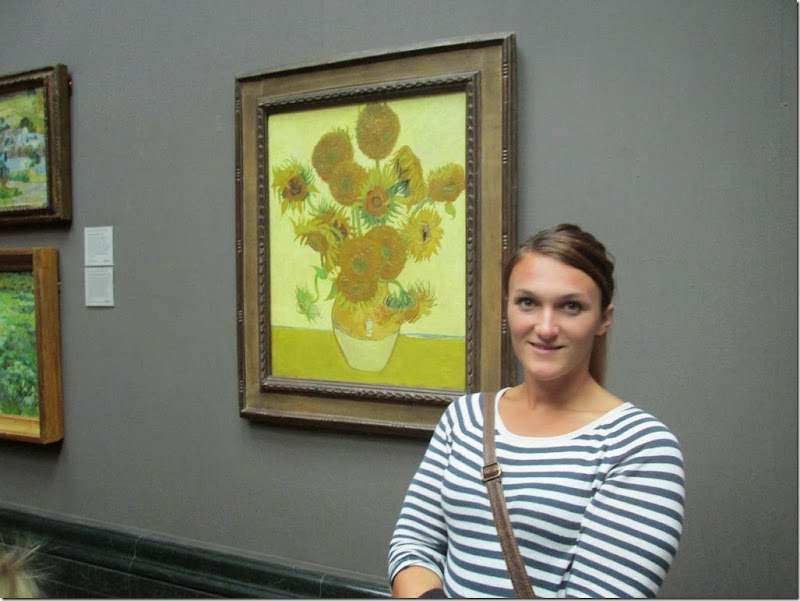 I must admit i really enjoyed The National Gallery it was a brilliant experience and i was amazed at how much Chloe enjoyed it . She especially enjoyed Sunflowers by Vincent Van Gogh and when she heard how much it was worth she nearly said a rude word. 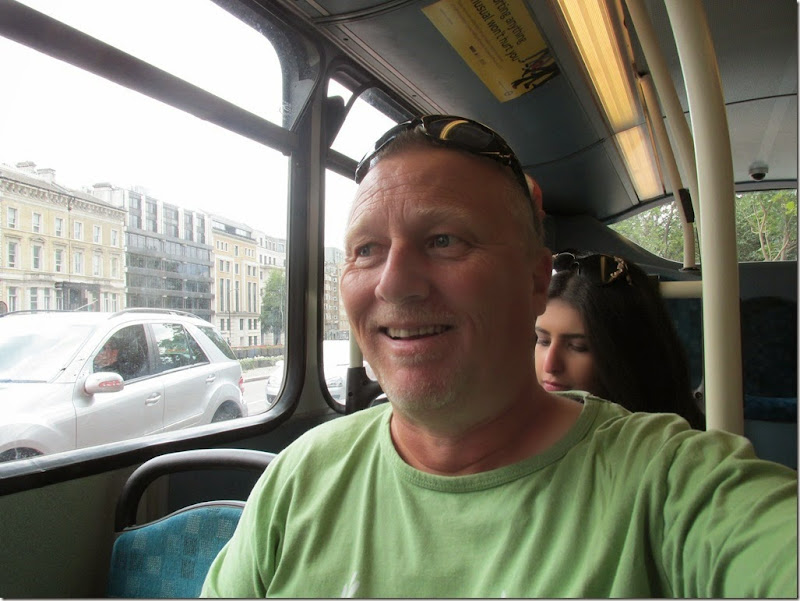 The other thing Chloe wanted to do was get me on a Bus. I have not been on a bus since 1976 .When i was 16 years old i got my moped and that was the end of me and buses. Don't they go bloody fast, i am surprised you don't have to wear seat belts.

I am now absolutely knackered and i am now back on Inca and sitting down with a rather large glass of the red stuff. With Niece Sally and her Daughter Orla on their way up from Devon it should certainly be a busy few days ahead.