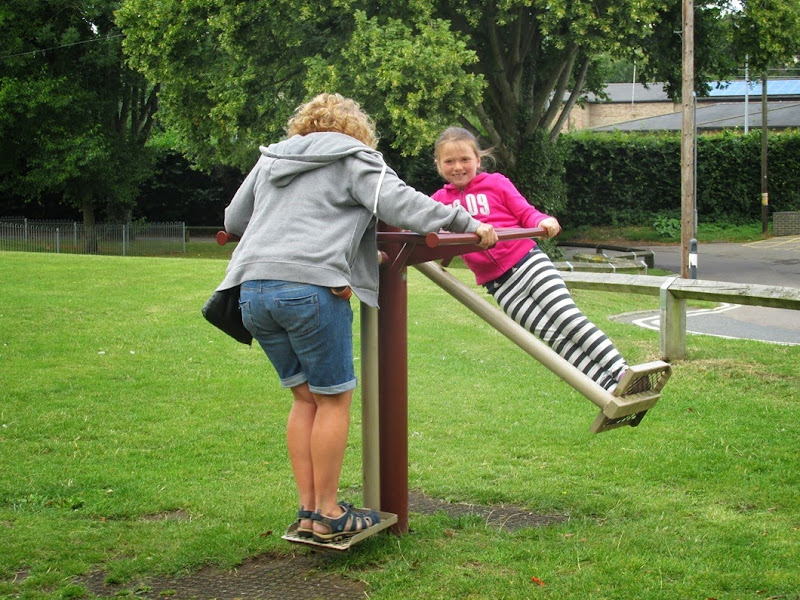 There was no way we were going to move on Saturday as Curly was having so much fun in the park at Berkhamsted. As well as all the usual children's swings and slides they have exercise apparatus scattered throughout the park and Carolyn enjoyed it just as much as Curly. 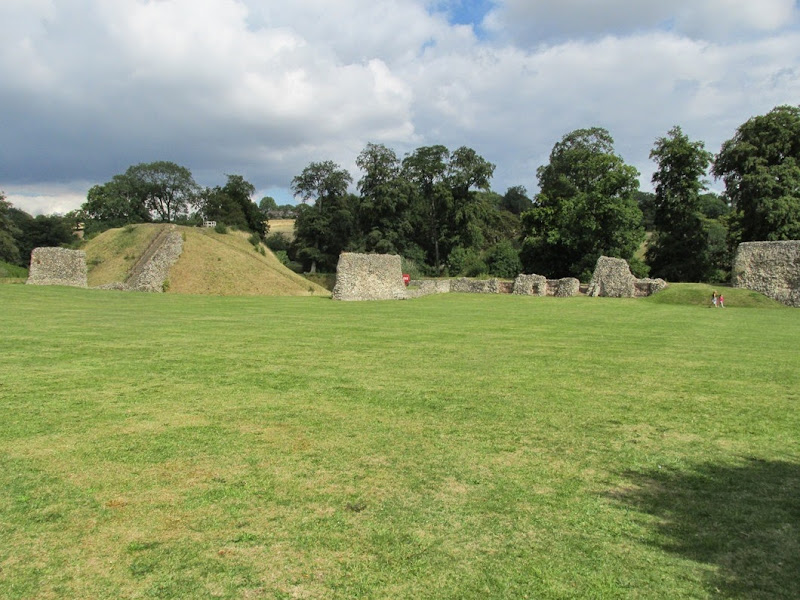 After a couple of hours in the park it was off to Berkhamsted castle. The castle was built in the late 11th century and started off as a motte-and-bailey castle. It was kept in royal hands and occupied by by some key figures of the middle ages including Thomas Becket , Richard,earl of Cornwall and the Black prince. 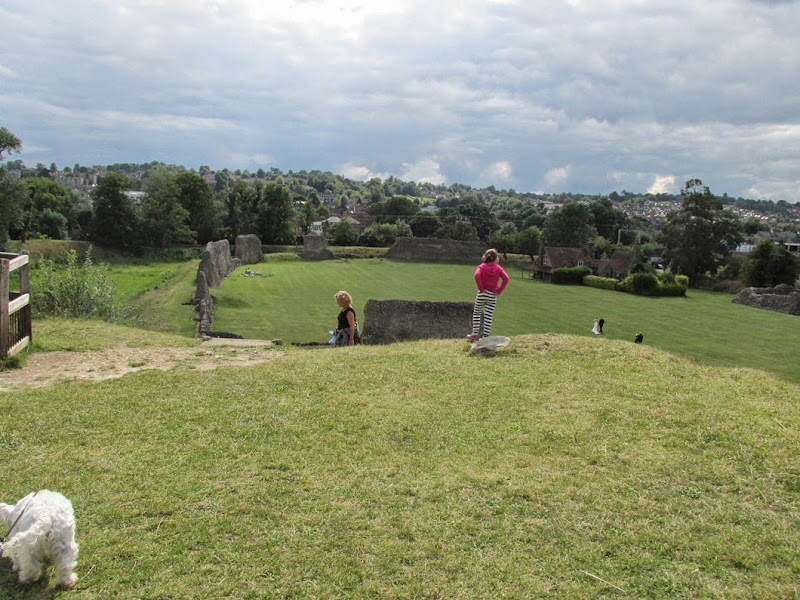 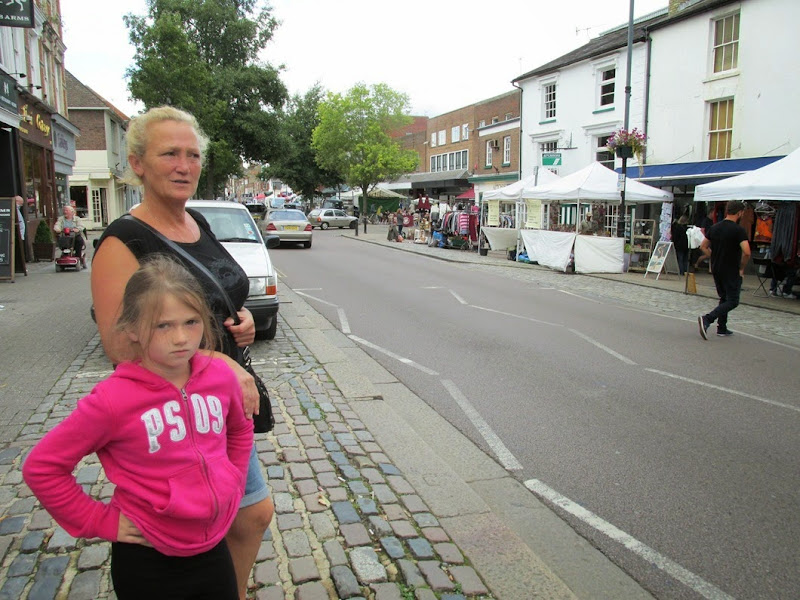 After our Castle visit it was into the town for lunch at Wetherspoons and some retail therapy for Carolyn and a 7 year old with real attitude. We were not that impressed with the food at Wetherspoons as normally its very good and is great value for money and you usually cant knock it. But this was just very poor and tasteless and they were certainly very mean with the chips. ….. Lets just hope it’s a one off. 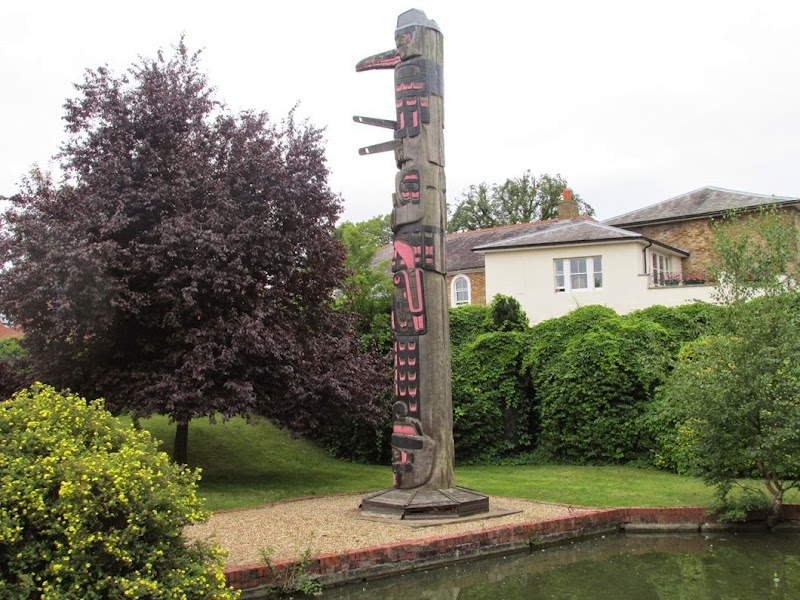 Sunday morning and we pulled pins at 08.00 and passed the Totem pole on the way out of the town…. or into the town depending on which way you are going. 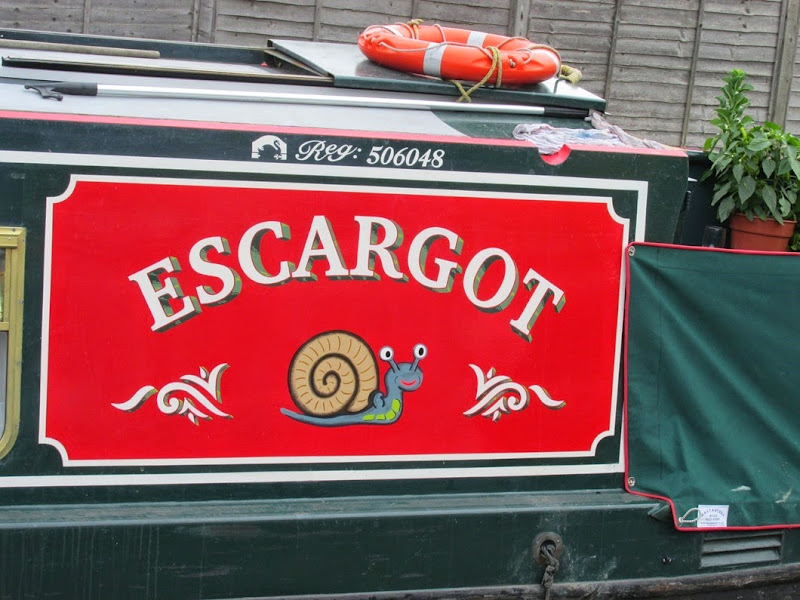 Glad we are not following this boat at the pace he moves. 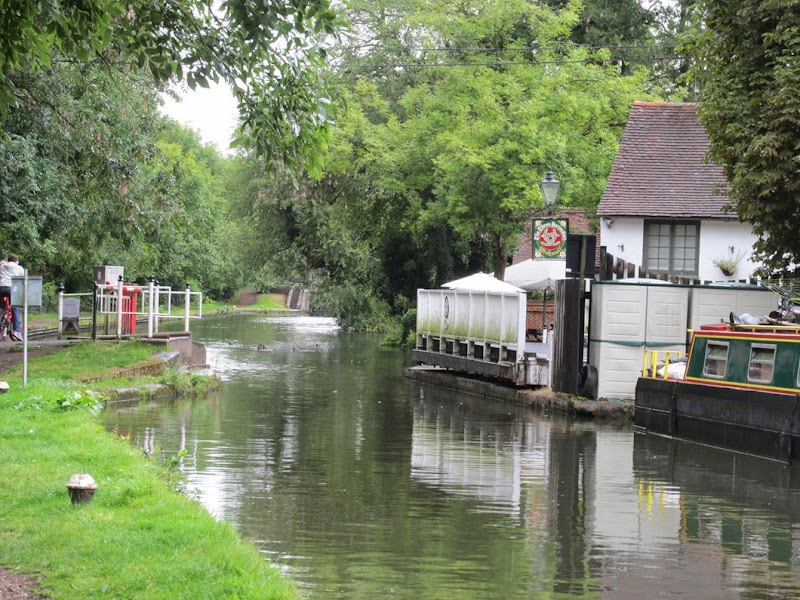 Carolyn often has problems at electric swing and lift bridges , but this was a first. She opened the bridge very successfully and we passed through , but then when she went to close it nothing happened. Being a road bridge the cars and cyclists started to build up on both sides. I had a go but it was no good it was jammed and would not move. A call was made to Canal and River Trust and they said they would send someone out later. So we jumped on Inca and sped off to the next lock and left some rather Pi$$ed off motorist at the bridge. 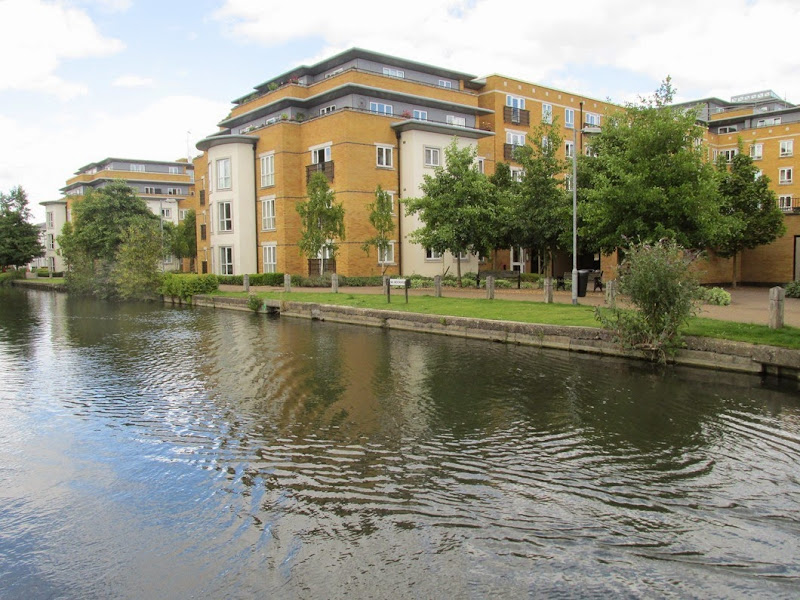 Passing the site of the former Ovaltine factory at Kings Langley and now a housing development incorporating some of the Art Deco of the former works.

We shared several locks today with Bob and Bron from Nb Celtic Maid. They are over from Australia and spending a few years in the uk to explore all of our waterways. A Lovely couple and we hope to meet up with them at a latter date. 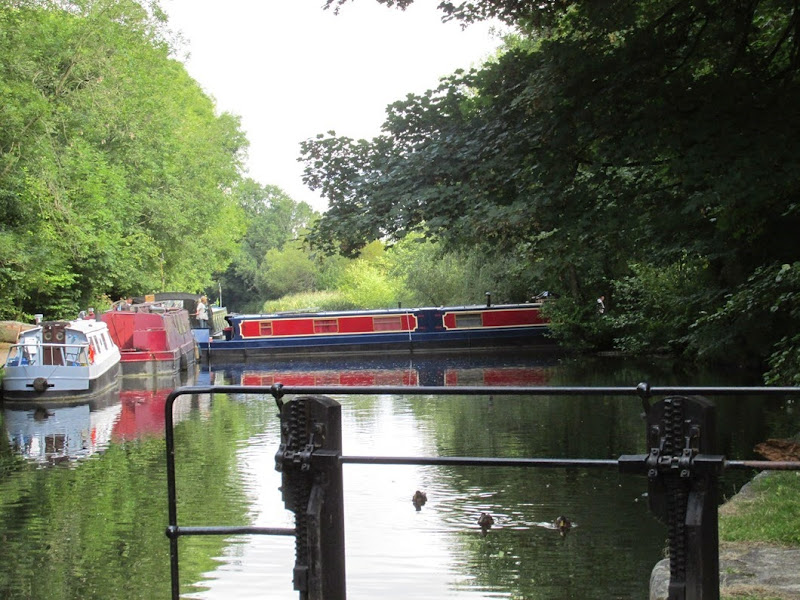 After over 9 hours of cruising we picked up a mooring below Lady Capels lock and after an early night we pulled pins just after 09.00 on Monday morning and headed towards Rickmansworth or Ricky as the locals say. At Iron bridge lock this boat asked us to wait in the lock for them as they winded (turn their boat) The only problem was they winded opposite a wide beam boat and got a little bit stuck. After a lot of shunting forwards and backwards and pushing and pulling they eventually managed to turn around and join us in the lock. 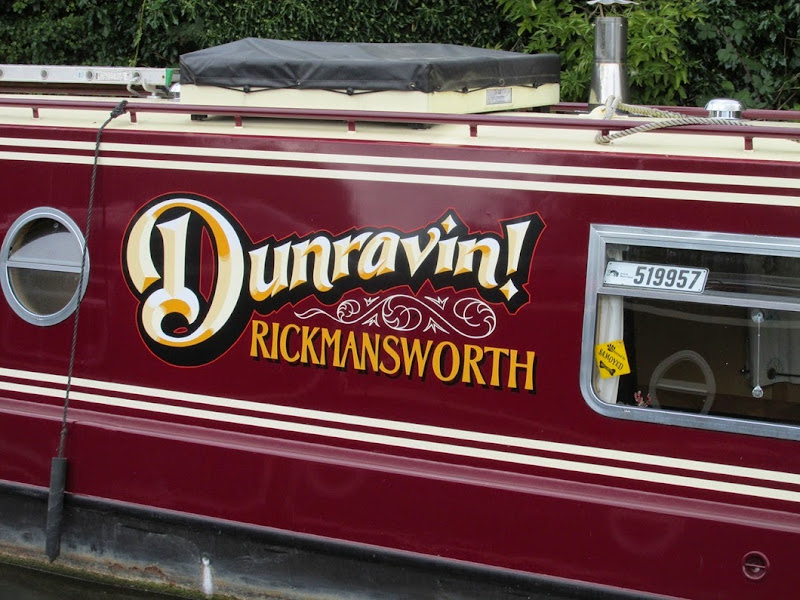 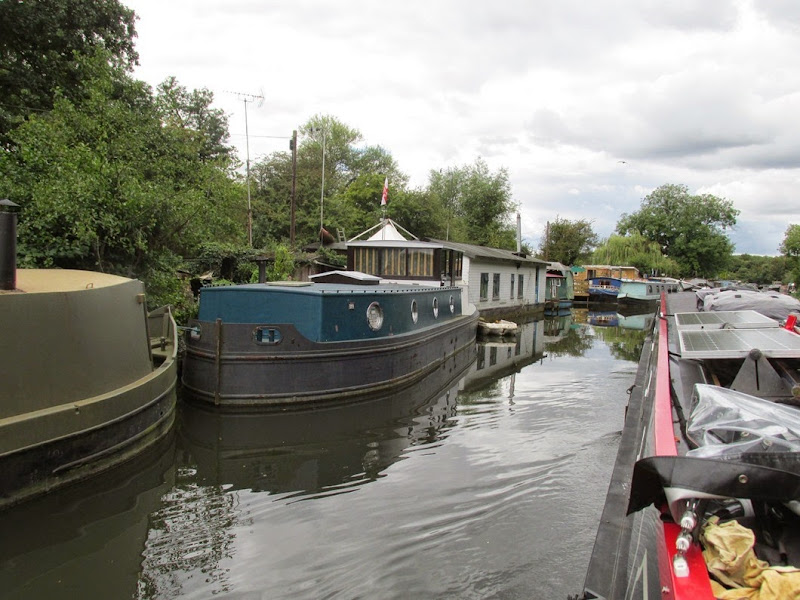 As you approach Rickmansworth you pass loads of Houseboats and Wide beams of all different shapes and sizes. As always some are very good and Curly said she wouldn’t mind living in one, but I cant see her Mum doing it.

First stop when we arrived in Rickmansworth was on the Tesco moorings which were empty and after a quick shop it was back to Inca and just as we got back a boat opposite moved off his mooring , so we shot across the canal and picked it up. There is a park and lakes next to us so that should keep Curly happy and then tomorrow we are off again and heading down to Uxbridge.