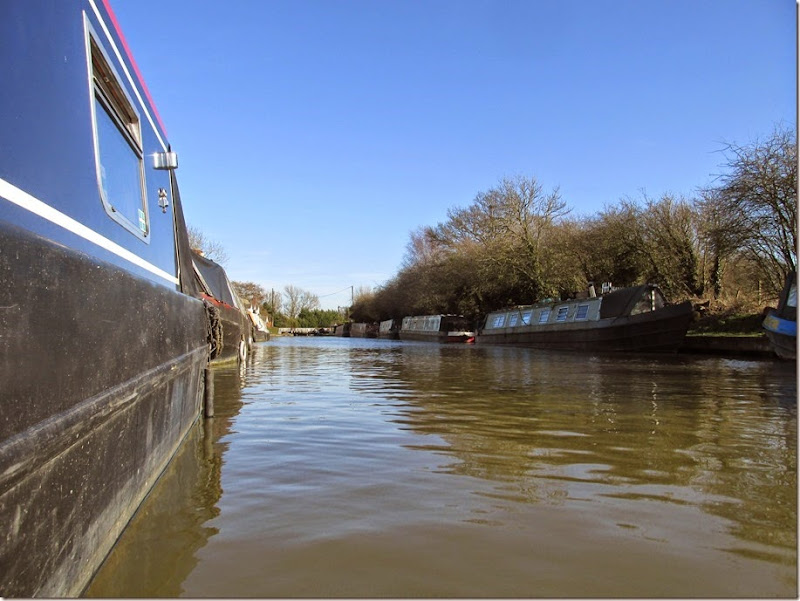 We spent last weekend at Norton junction , we had intended to move on Sunday but due the weather forecast giving heavy rain we decided to sit still . But how wrong can they get it . We spent the whole day basking in beautiful sunshine. 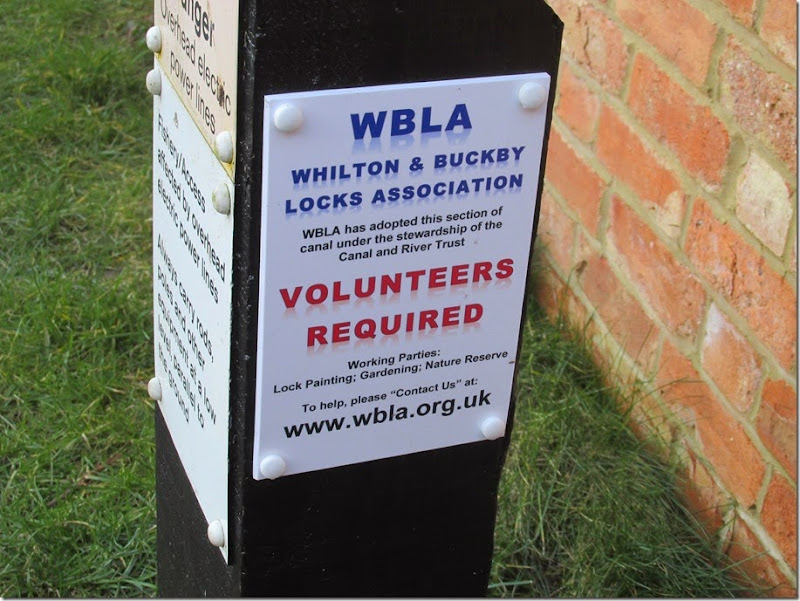 Any takers ? They do a very good job of looking after the flight of locks. 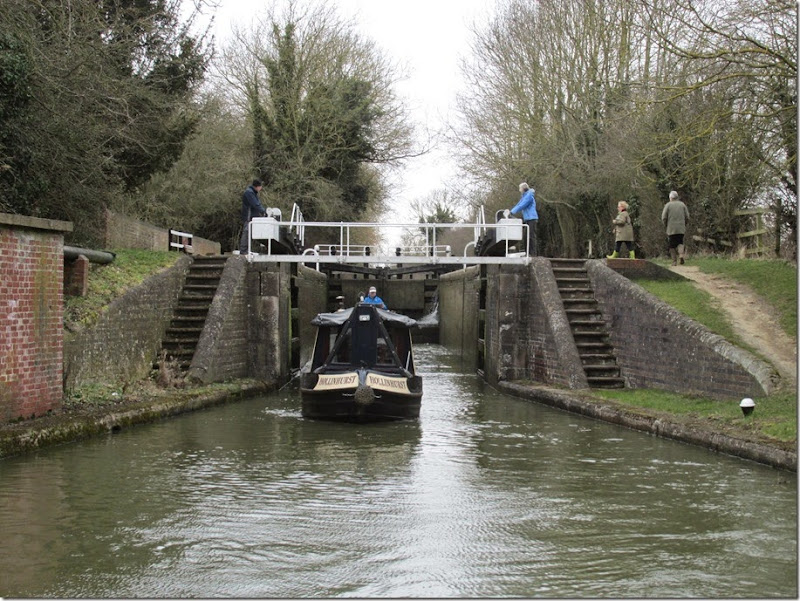 We pulled pins on Monday morning with Nb Hollinhurst which is a share boat. Ahead of us was a pair of boats locking down with one boat being single handed and the 2 crew on the other boat never having done a lock before they were very slow. As Hollinhurst had a full crew on-board Carolyn went ahead and locked the other boats down the flight and with her locking skill and knack of organising people they soon speeded up. 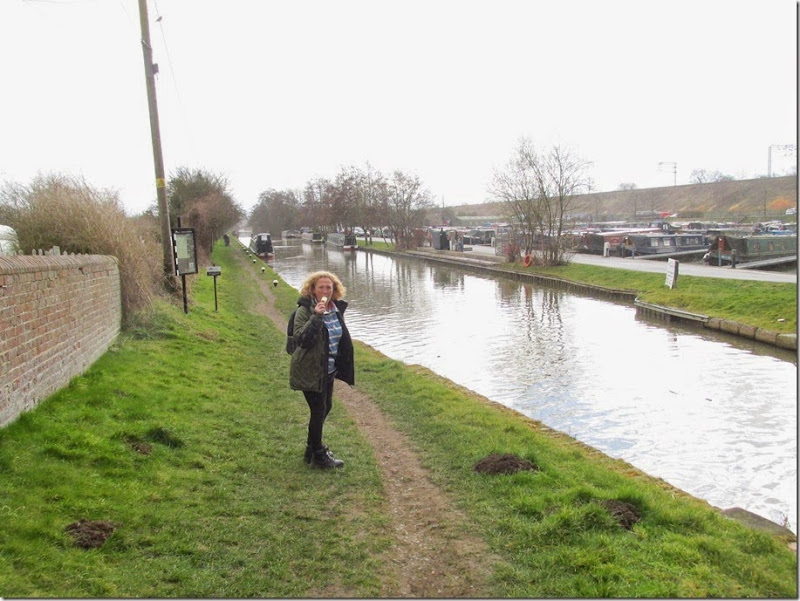 On reaching the bottom lock Carolyn couldn't resist an Ice cream from the Chandlery.With me still suffering from Man Flu we had a couple of days on one of the most noisiest moorings anywhere . With the main train line on one side and the M1 Motorway on the other side, but its funny how you soon get used to the noise. 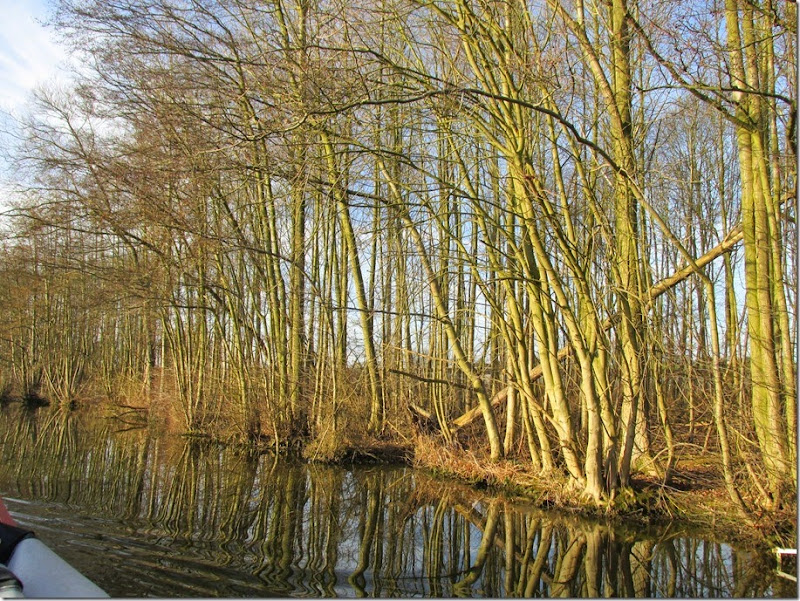 On Wednesday we were off again ,pulling pins at 07.30 as we wanted to put in a few hours cruising and try to get to Grafton Regis and onto one of our favourite moorings . After passing these lovely trees which i know Ann from Nb Oakfield will appreciate ,we stopped at Weedon Bec to do a shop in the new Tesco . Its only a small store but very handy for boaters as its so close to the canal. Its situated just by bridge 24. 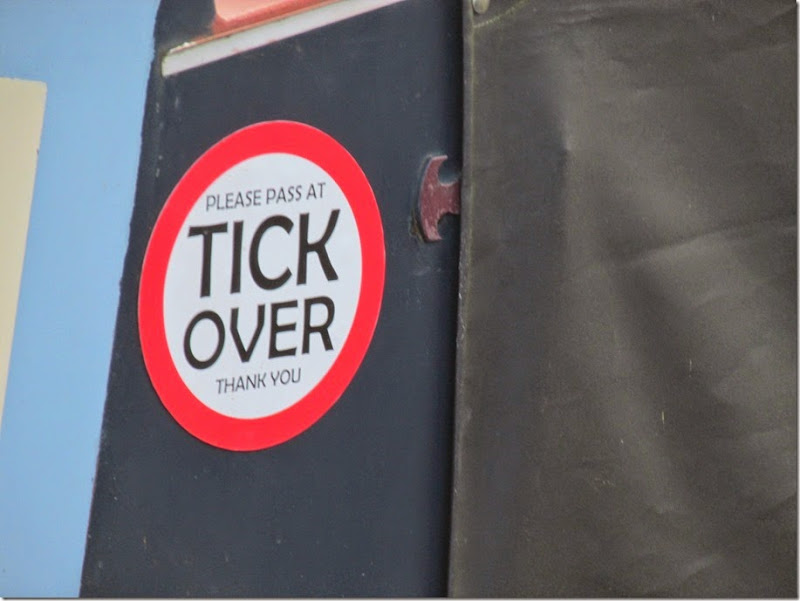 You now see a lot of signs like this on boats and i wish i had one .I always slow to tick over when i pass a moored boat. Most  people are considerate to other boaters its just the odd ones that seem to think. Sod you I'm all right Jack and speed by…..I know i go on about it but you've got to have something to moan about. 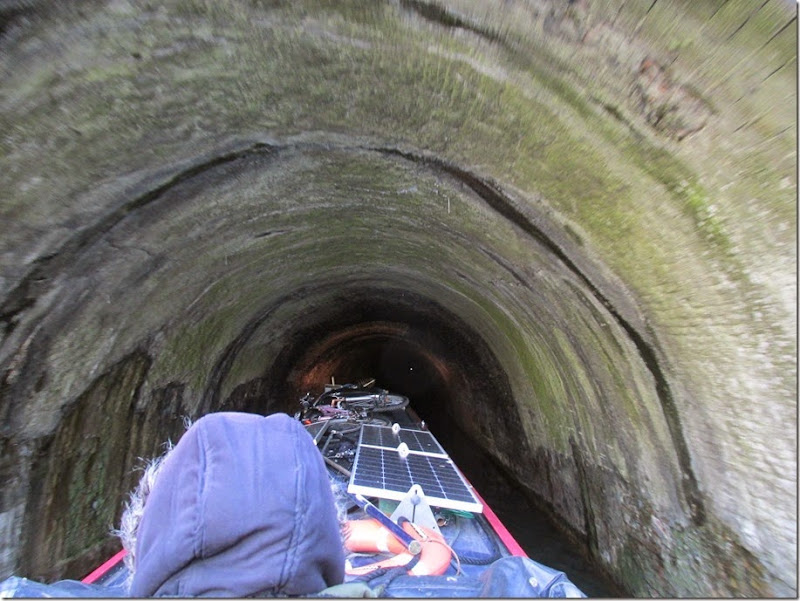 In to Blissworth tunnel and did we get wet or what. The only problem is that the water seems to stain everything it lands on , so it will be out with the bucket and sponge when we stop. 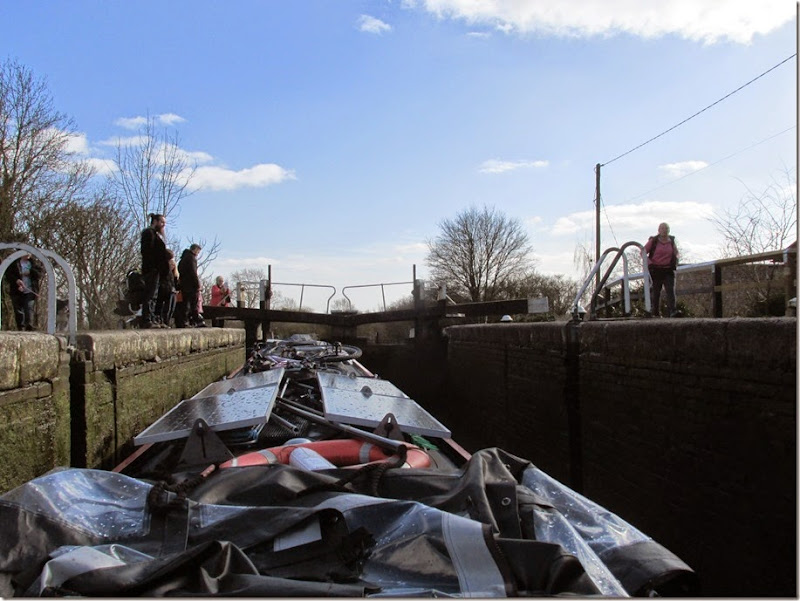 On to the Stoke Bruerne flight of locks and with all the Gongoozlers around Carolyn had help with the gates on the top 2 locks . Funny how they soon loose interest as we move down the flight. 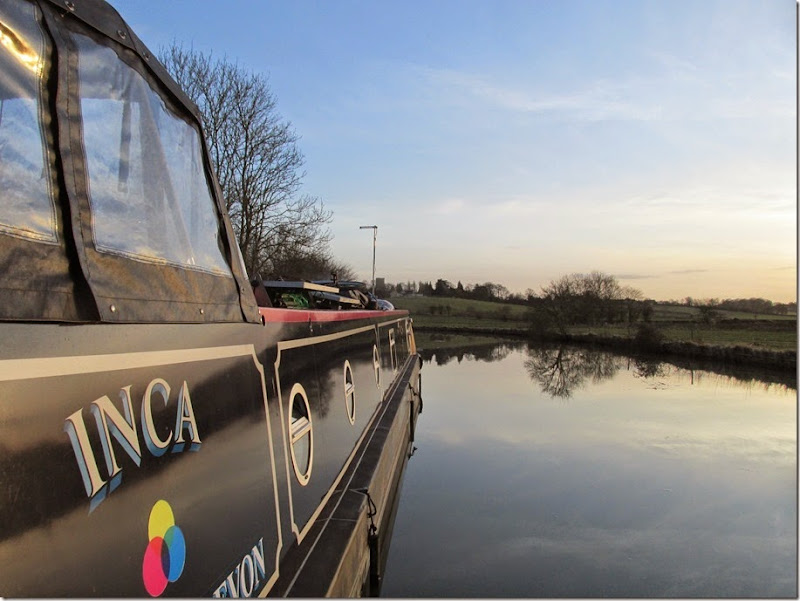 After a 7 hour cruise we finally made it to Grafton Regis .With good internet and TV we decided to moor North of Grafton bridge and chill out for the rest of the day. It seems that nearly every day the weather is nothing like the forecast, I cant really complain because its always better than what they said it would be. Just the ticket !!