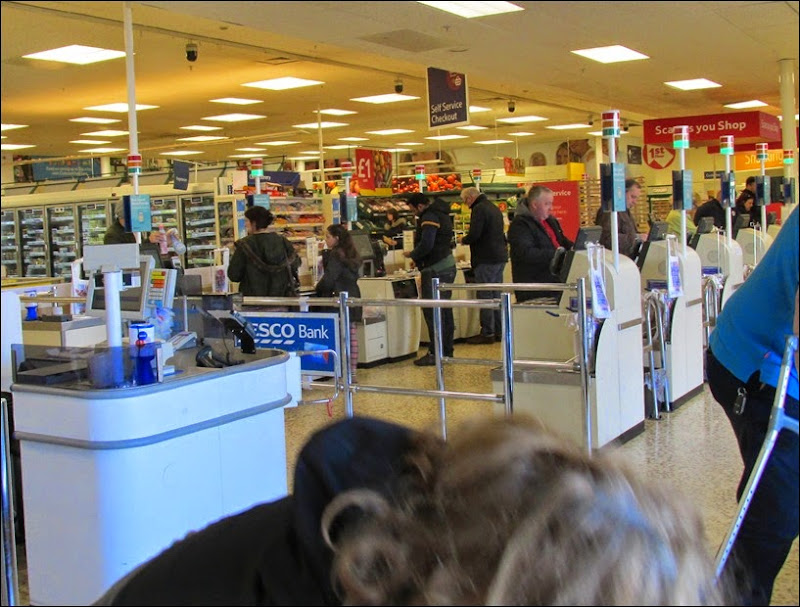 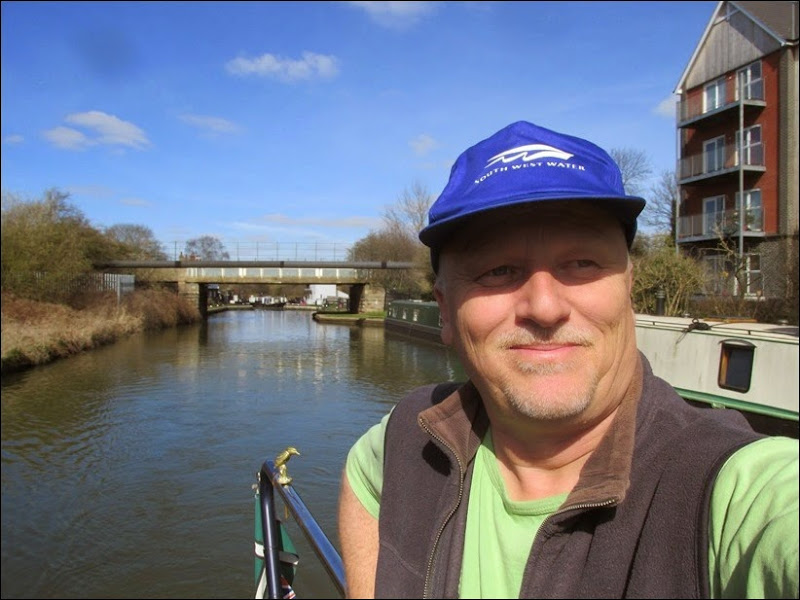 After shopping and using the services at Fenny it was off towards Stoke Hammond and a selfie in beautiful sunshine. Wearing my favourite hat ,and i still very occasionally think about my old workmates slogging working away back down in Devon.    Keep up the good work lads !!!! 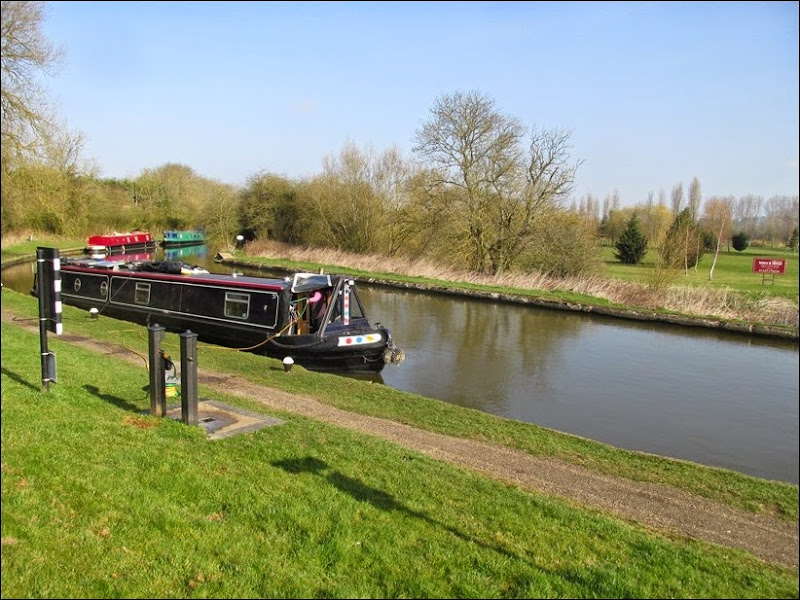 After a couple of days at Stoke Hammond we pulled pins at 08.15 and were off again in even more glorious sunshine. We stopped at the bottom of Three locks to fill with water as it would be several days before we get to another water point. 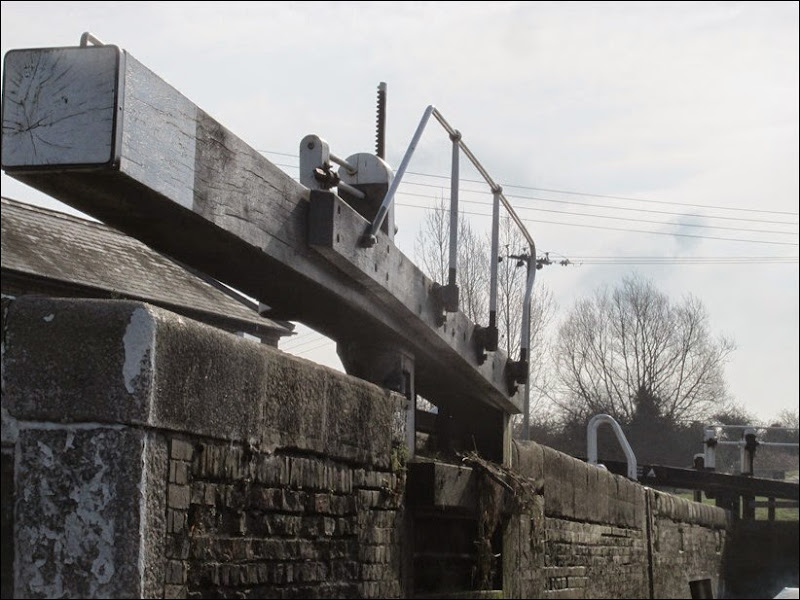 It should have been a simple task of going up the three locks , but some lazy git had left all the bottom gates open and the paddles were left up thus draining the pounds between the locks. The rules are simple,close all gates and paddles when leaving a lock unless otherwise instructed.Carolyn ended up having to let water down through the locks and filling the pounds so we could pass through the flight. 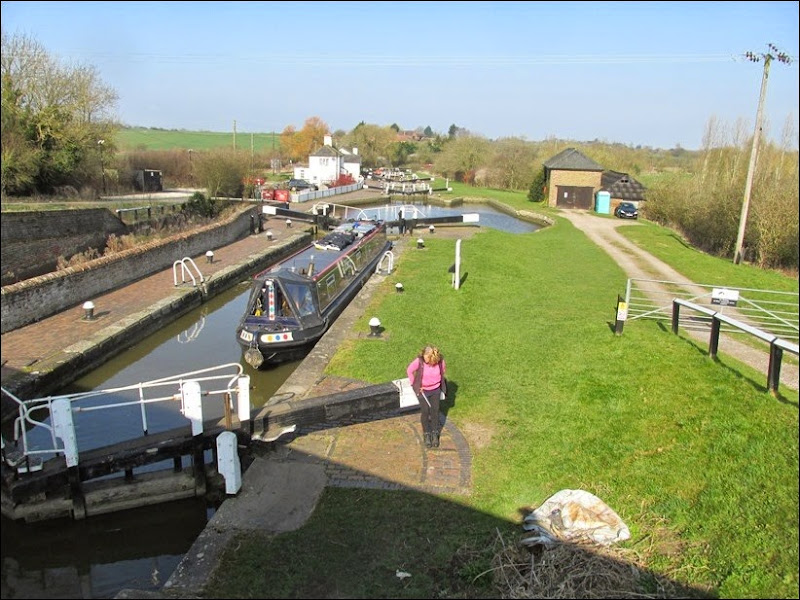 Eventually after a hour and a half and all the pounds full we made it to the top lock.  Luckily being on the canals and living the life we live there is never usually a need to hurry . Its just a shame that it was so early in the morning and the pub was closed. 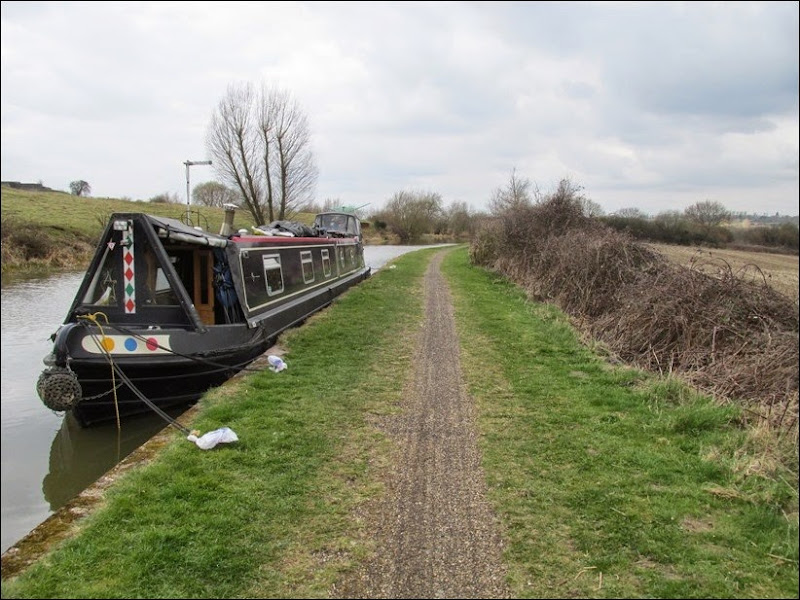 Eventually we reached another of our favourite moorings just before Bridge 110. With only a couple of other boats moored on this stretch its lovely and quiet, just the way we like it. With Easter nearly here we have the pleasure of Curly (Abbie) are Granddaughter for a couple of weeks. So no doubt we will be kept well occupied .