Bridge 84 on the Grand Union canal 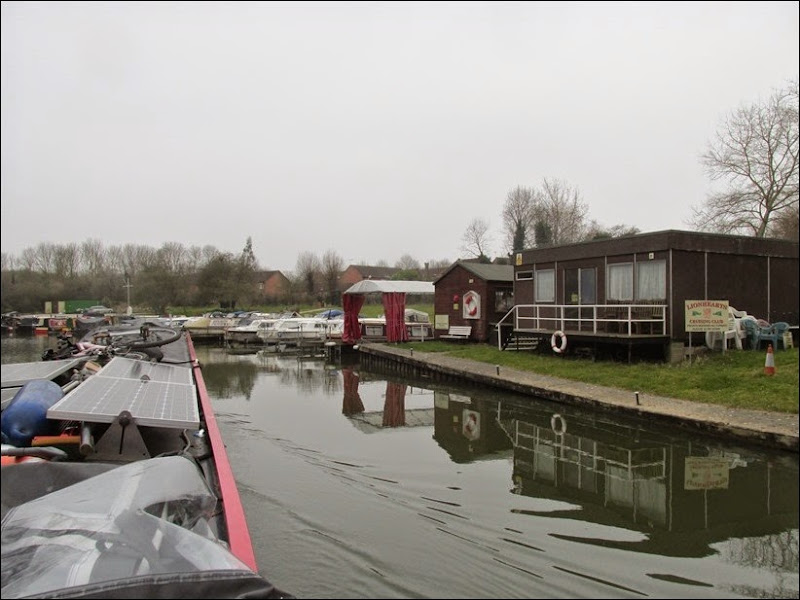 We pulled pins at 09.15 from our mooring at Giffard Park with a very grey sky overhead and the mercury just nudging 5 deg C. It wasn't long before we were passing the Lionhearts boat club in Milton Keynes. It looks like a really well run club and we always get a wave when ever we pass (on tick over of course). 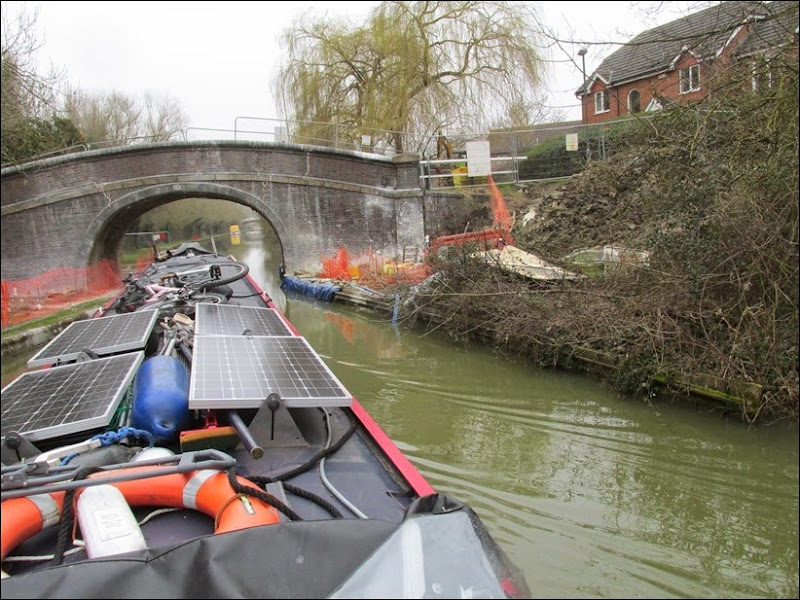 It was then onto Bridge 84 . This is the bridge which was starting to fall down and was becoming a bit dangerous. It has been closed to all traffic for 2 months and has caused a lot of trouble for some people in the area. 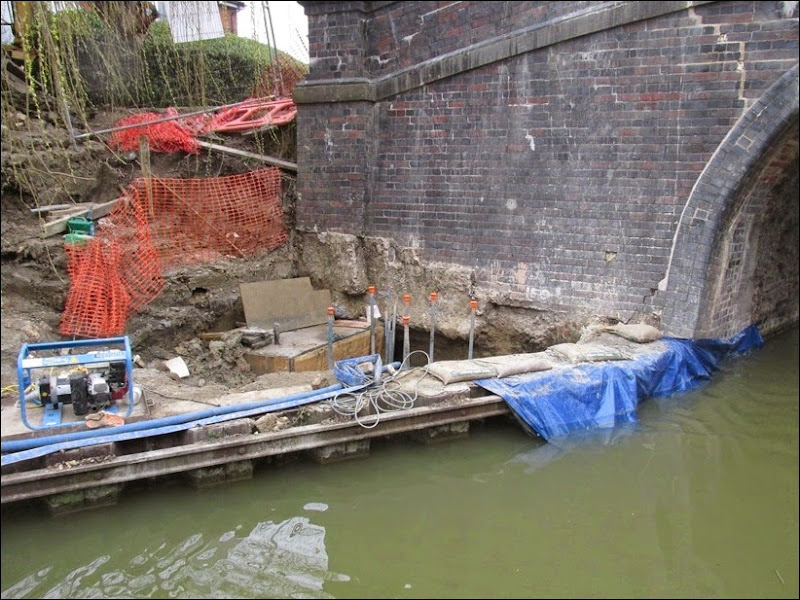 Originally there was talk of demolishing the bridge and then rebuilding it , but in the end they underpinned the bridge wing walls using a combination of micro-piles and reinforced concrete capping beams, installation of tie bars into the voussoir of the bridge, surfacing repair over the bridge arch, and brickwork repairs to the bridge parapets, spandrel walls and the arch barrel.

Having never heard of a voussoir before i thought  i had better look it up and it turns out it means ….A voussoir (pronounced /vuˈswɑr/) is a wedge-shaped element, typically a stone, used in building an arch or vault. Although each unit in an arch or vault is a voussoir, two units are of distinct functional importance: the keystone and the springer. There simple !! 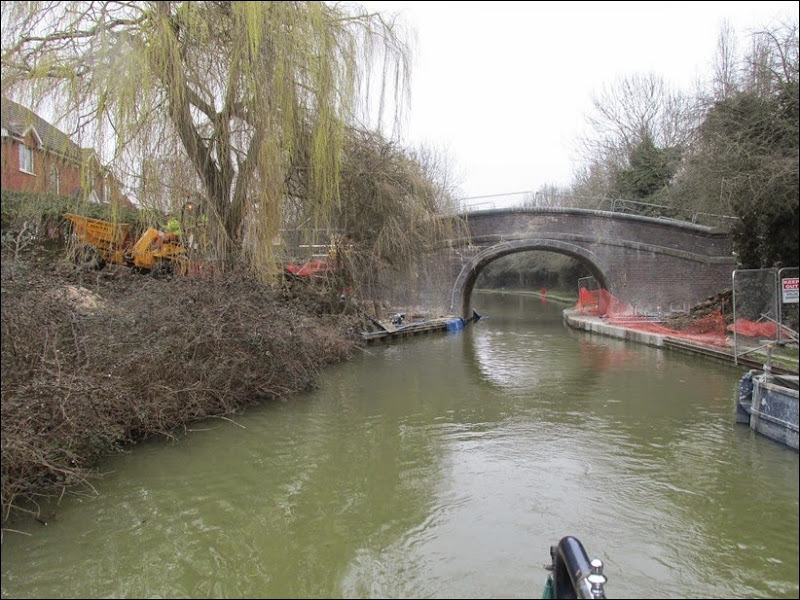 There is still a lot of work to do , but at least the Navigation is now open again . I dread to think what the bill is going to be just for this one small bridge. 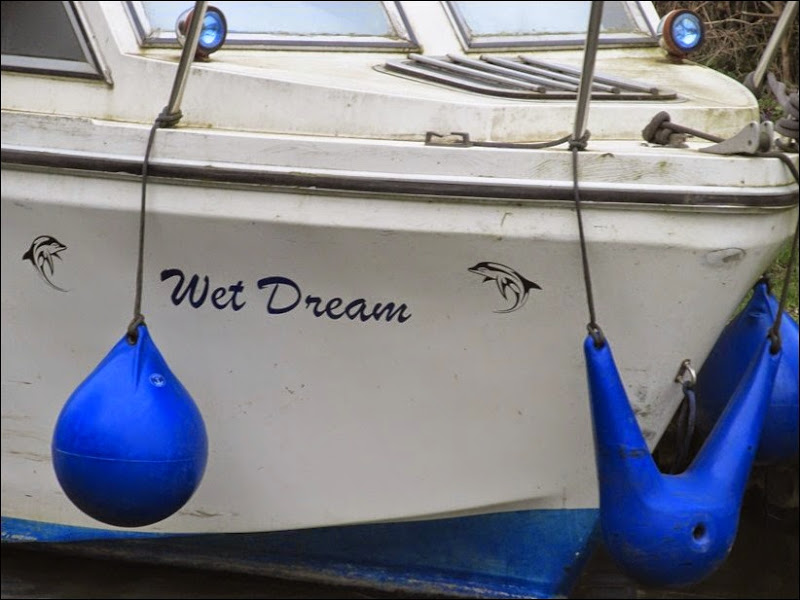 Great name for a boat….I bet the owner gets a few comments about it. 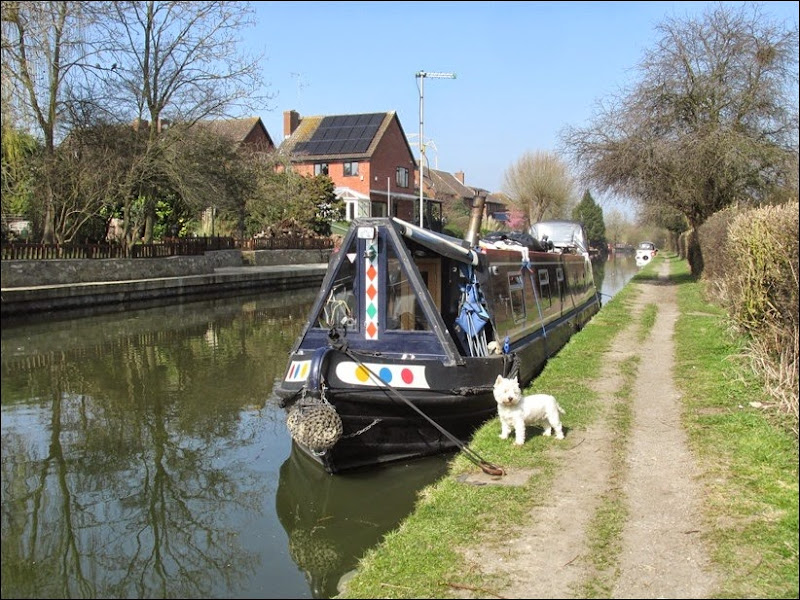 We finally arrived at Fenny Stratford after 2 and and a half hours cruising and picked up this 14 day mooring ,with all the shops up the road in Bletchley Carolyn will be in her element and have a few good days of retail therapy.