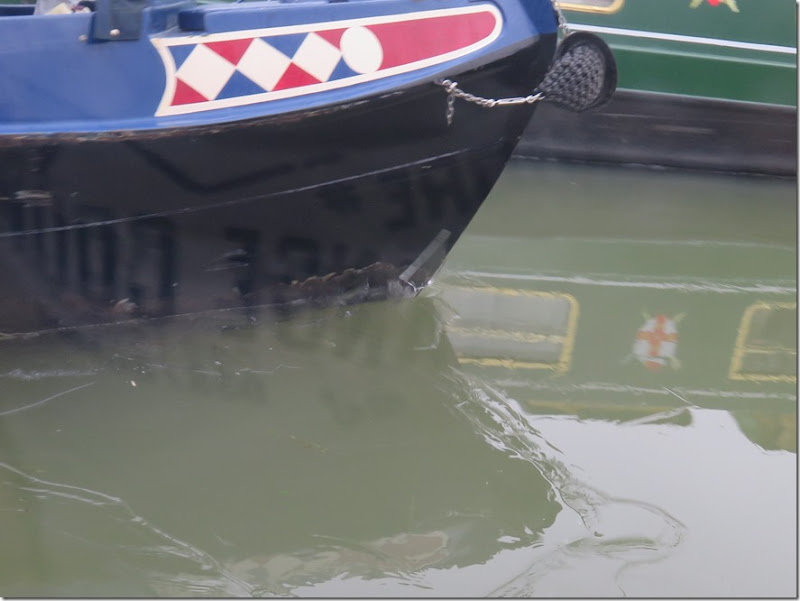 Here we go again !. Ice on the canal and for some bizarre reason some boats just have to move through it. Not only does it take the blacking off their boats (picture above) but also off moored boats as well. It can even puncture a hole in GRP/plastic boats. There was a lot of shouting when the first boat passed us because a boat moored just behind us had recently spent £500 having his blacking done. It turned out that the moving boat was a share boat and it had to get back to the marina for a change over,which was a bit of a poor excuse as the cold weather had been well forecasted in advance. 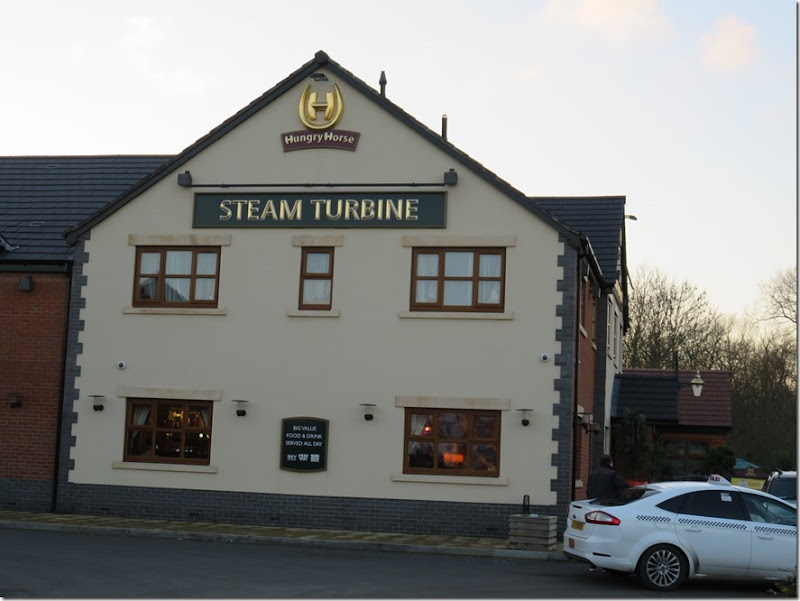 All you seem to hear about these days is that Pubs are closing down, so with a new one recently built not far from the canal we thought we would give it a go. 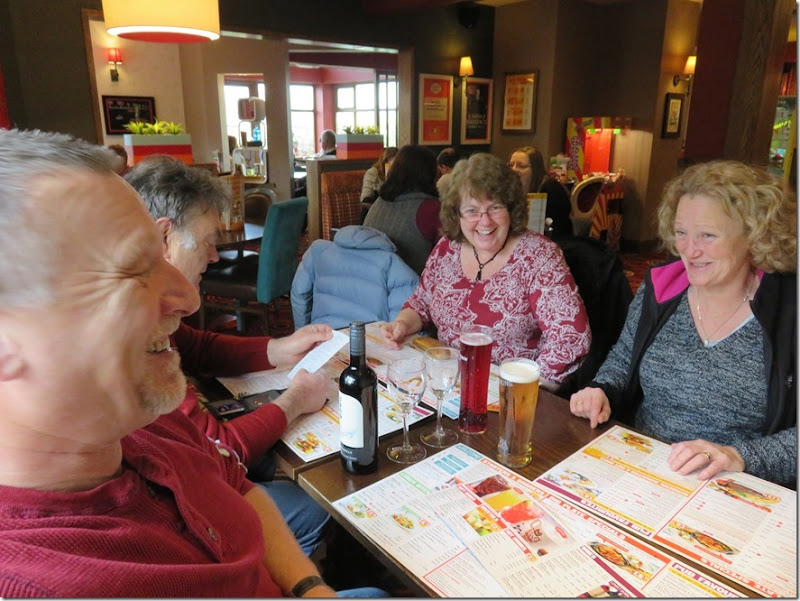 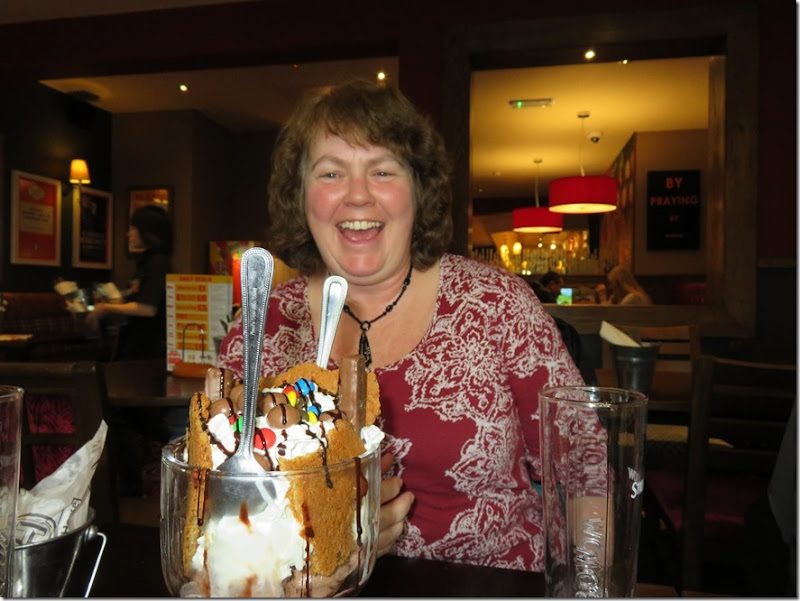 After a very good main course it was time for after’s. I don’t think Della Realised just how big the dessert was going to be. Anyway, with a little bit of help from Gary there wasn’t a lot left in the end.

The Steam Turbine is a Hungry Horse chain pub so basically you know what you are getting. We certainly didnt have any complaints and with very reasonable prices we would recommend it to any passing boaters.