2 seconds of fame for Inca 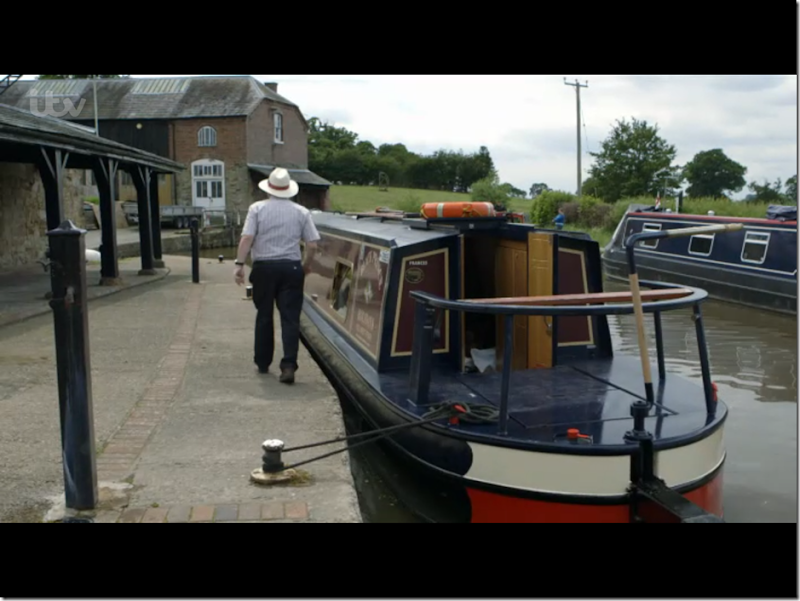 Back in the Summer when we were on the Llangollen canal at Ellsmere a boat turned up and moored on the water point opposite our mooring. Then 10 minutes later a mini bus arrived with a film crew and with them was ex BBC chief political correspondent John Sergeant. He got on the boat and did some filming with us in the background trying to get in shot and on the telly. Eventually when the programme was aired last night you could just see the front half of Inca on the right as John got off the boat and walked away,with the rest of what they filmed not making it on to the Telly. The programme is called Barging around Britain and it is on ITV at 20.00 on a Friday night for another 6 weeks. Watching the programme it looks like he travelled the whole journey on the boat ,but in fact he arrived by mini bus and departed a few hours later in a mini bus. Anyway at least the front half of Inca did get 2 seconds of fame.